Limb Symmetry Index: What is it and Is it important - Part V

Last week, we continued our discussion on limb symmetry index (LSI) by examining the study by Toole et al J Ortho Sport Phy Ther 2017.  This was a great study, but also raised a lot of questions.  Some of the main questions raised were: 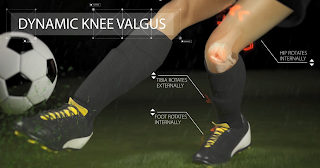 First let’s look at biomechanical risk factors.  There are two studies out there that we have talked about previously that guide us on biomechanically what we should be looking at.  The Johnson et al Am J Sports Med 2018 study which looked at risk factors for non-contact ACL injuries.  In this study the authors evaluated video capture of the non-contact ACL injuries of NFL players.  What the authors found was that the athlete’s knee was in a position of dynamic valgus at the point of the injury.  As this picture depicts, this is a combination of foot pronation, tibial external rotation and femoral internal rotation. 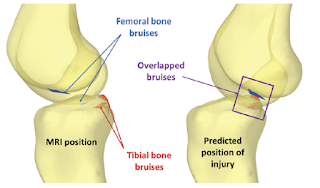 Although this is a great study, is what we see in professional athletes applicable to what we see in our  This is where the Owusu-Akyaw et al Am J Sports Med 2018 study comes into play.  Since video analysis is not available for most non-professional athletes, this study used bone bruises observed on CT scan and by applying biomechanical bone models were able to determine the position of the tibia and femur at the time of the injury.  It was determined from where the bone bruises occurred on the articular surfaces that the knee was in a position of dynamic valgus at the time of the injury.  Based on both of these studies, this would suggest we should assess this dynamic valgus position or rather the athlete’s ability to control both the magnitude of this motion and the speed at which this motion occurs.
younger athletes and weekend warriors?

Traditionally we have used tests like the single leg hop, single leg hop for distance, cross over hop and triple hop for distance as way of measuring limb symmetry index.  Based on the above studies, are these types of functional tests that we use sufficient to measure the magnitude and speed of frontal plane motion?  To evaluate this a little more closely, we should take a look at Wren et al J Ortho Sports Phys Ther 2018.

The objective of this study was to assess biomechanics and symmetry of adolescent athletes following ACLR during a single leg hop for distance.  The idea was to compare those who limb symmetry within recommended guidelines and assess ability to return to play and success with return to play.

Methods: Forty-six athletes with ACLR who were 5-12 months post-surgery (27 female, 19 males) had anthropometric measures taken and a maximal single leg hop for distance was assessed on each leg.  During the single leg hop for distance, the distance covered for each limb was compared and LSI was calculated.  During the hop for distance test, 3D motion capture data and force plate date was collected.  Athletes were classified as asymmetric where the operative limb hop distance <90% of non-operative limb (n=17) or symmetric (n=29). Lower extremity biomechanics were also compared among operative and contralateral limbs.

Results: Compared to controls, asymmetric patients hopped a shorter distance on their operative limb, while symmetric patients hopped an intermediate distance on both sides. During landing, operative limbs, regardless of hop distance, exhibited lower knee flexion moments compared to controls and the contralateral side with lower knee energy absorption than the contralateral side.

Discussion:  There are some obvious statements in the results that we would expect.  Since hopping for distance, the fact that there is an asymmetry would mean that there is less distance covered on one side versus the other.  That is what makes this asymmetrical.  But what is enlightening about this study is that athletes who demonstrated asymmetry also demonstrated less hip motion and less ankle motion at load and landing.  This is very similar to what we see.  With our motion capture system (DorsaVi) we measure tibial inclination.  This is an indirect measure of knee flexion and dorsiflexion.  When testing athletes for RTPlay following ACLR, we find that those who demonstrate higher levels of kinesiophobia (fear of movement measured via TSK-11) also demonstrate less dorsiflexion and knee flexion.  The hypothesis is the athletes subconsciously know that as they descend to greater distances that they will exhibit less control which provides fear of reinjury.  This lack of dorsiflexion, knee flexion and hip flexion at loading equates to less force production and asymmetry in explosive power (distance covered).  At the same time, less dorsiflexion, knee flexion and hip flexion at landing equates to decreased force attenuation and equates to increase in loads departed to the individual limbs. 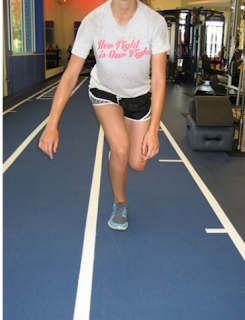 Another finding that was surprising in this study was that some athletes would limit their   Hence, in this particular test, the distance would be the same and the asymmetry that is existent would not be identified.  Now whether this occurs consciously or subconsciously, we don’t know but know this does exist.  This may be an argument for what Wellsandt et al J Ortho Sport Phy Ther 2018 suggested based on the findings in their study.  Based on their results, the authors suggested that LSI should be a measure where the post operative limb measurement should be compared to the pre-operative non-injured limb measurement.  This would prevent any sandbagging at the time of the testing and in addition account for any deconditioning that may occur in the non-injured limb during the rehabilitation process.
performance on the non-operative limb to account for the limitations they would have on the operative side.

Based on everything that we have learned through the course of this blog series, it may make us question, are we truly:


These questions are one reason that we have taken the approach that we do.  When we measure LSI with the ViPerform AMI, we capture and measure single limb: 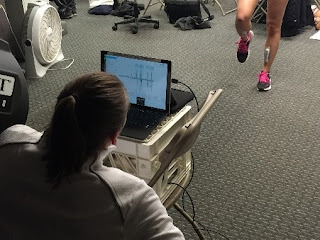 In addition, since we score every rep based on these factors, we can then get a very sensitive measure of LSI.  This is calculated over the performance of 31 reps and one timed test for each limb.  Therefore, if there is change on as little as one rep, we can see this reflected in the score.

Stay tuned next week as we continue to dive into this topic of LSI and start looking at the impact of fatigue on RTPlay testing and single limb performance.  If you enjoy this blog, please share with your colleagues and associates.  You can also follow us on Instagram at bjjpt_acl_guy and on twitter at ACL_prevention.  #ViPerformAMI #ACLPlayItSafe

Dr. Nessler is a practicing physical therapist with over 20 years sports medicine clinical experience and a nationally recognized expert in the area of athletic movement assessment and ACL injury prevention.  He is the founder | developer of the ViPerform AMI, the ACL Play It Safe Program, Run Safe Program and author of a college textbook on this subject.  Trent has performed >5000 athletic movement assessments in the US and abroad.  He serves as the National Director of Sports Innovation for Select Medical, is Vice Chairman of Medical Services for USA Obstacle Racing and movement consultant for numerous colleges and professional teams.  Trent is also a competitive athlete and blue belt in Brazilian Jiu Jitsu.