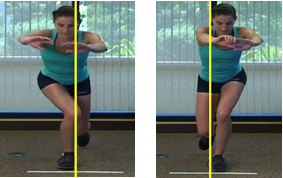 Over the course of the last month and half, we have spent a lot of time looking at the research as it relates to limb symmetry index.  For those of us dealing with athletes, rehabilitation of athletes and especially those of us who are attempting to make more informed decisions for return to play, LSI is often something we must consider.  Throughout the course of this series and after reviewing numerous research articles, it appears this topic is not as clear cut as we would like.

However, based on the literature, there are some key take homes that we should consider: 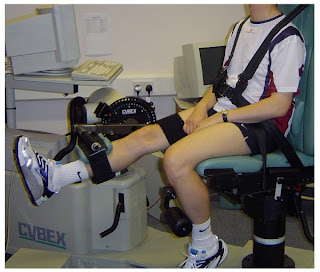 So despite creating a lot of questions, we did get some guidance on some aspects.  Part of the
challenge with getting answers to LSI is historically, we have relied on open kinetic chain testing.  Use of the biodex or similar device to get hamstring to quadriceps ratios right to left, strength, torque, etc.  It was this kind of information that helps guide us on LSI and whether or not the athlete was ready to return to play.  However, we would all agree that sitting in a machine and performing an activity in an open kinetic chain provides very different information than what is provided in a closed kinetic chain.  As we all know, as soon as the feet come into contact with the ground and we are upright, there is a different level of core activation, lower kinetic chain muscle recruitment and changes in length tension relationships.  In other words, they are more in sport like positions.

With closed kinetic chain testing comes the challenge of how do we quantify control of frontal plane motion?  My interpretation may be different than yours which is different than the next person.  However, with the advent of new technologies, there are now ways to quantify these motions in meaningful ways.  What we know, is that we need to assess control of frontal plane motion and that means control of the magnitude of motion and the speed of motion.  Why both? 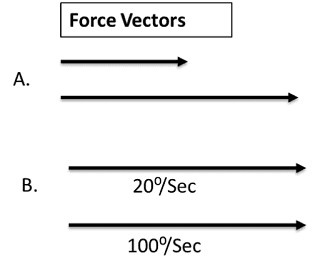 This comes down to basic physics.  First, the ACL is about the size of your pinky.  The ACL is ruptured with 21.5 N/M of torque (rotational component).  If you look at the calculation of torque, what you get is Ƭ=𝐼ά – inertia *angular acceleration.  The ACL is also ruptured with 250 kg force.  If you look at the calculation of force, what you get is F = mass * acceleration (Hewitt et al Mayo ACL Consortium 2018 - reference for values not calculations).  In addition, force is determined by both the magnitude of the force vector and the speed of that force vector.  The larger the magnitude the greater the force.  If the magnitude is the same but one occurs at a faster rate, this will generate more force.  Considering these physics, it then makes sense that we should be measuring not only how much frontal plane motion that occurs but also the speed at which it occurs. 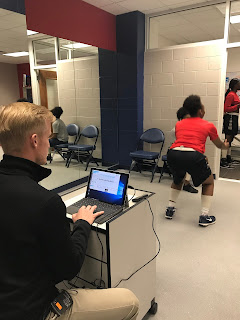 As we have mentioned in previous blogs, we have been capturing this with a wearable sensor or IMU (inertial measurement unit, DorsaVi Inc.).  During the test, the athletes perform series of core tests, squat test and single limb tests for a total of 83 reps and 3 one minute timed tests.  The system captures 2D video at 90 frames per second and the sensors captures 3D motion at 200 frames per second.  Each rep is scored based off those motions.  This is a commercial product that has been released to the market since early 2017 (DorsaVi ViPerform AMI) and has now been used in over 269 athletic settings throughout the US.  With the use of the IMU, we are now collecting over 1000 data points for every assessment that is performed.  As a result number of sites using, it has allowed us to capture movement on over 9000 athletes across the US.  With this large mass of data points collected, it has raised one major question.  What is passing score?  Not sure if we know this answer yet.  Let me explain.

If we were only looking at 16 year old female soccer players, we might have a better idea.  But, when you collect across all athletic populations, from high school to professional your data pool to compare mass numbers of a subset population is hard.  What happens when you compare a 16 year old female soccer player to a college lacrosse player to a professional football player to professional MMA fighter?  Should these athletes move the same?  What I can tell you is that there is a HUGE difference in the way a Division I Soccer Player, a Division II Soccer Player and Division III Soccer player moves.  It is one of the things that separates a division I player from a division III player.  Not only do they have better frontal plane control during single limb activities there is significantly less losses of balance during. 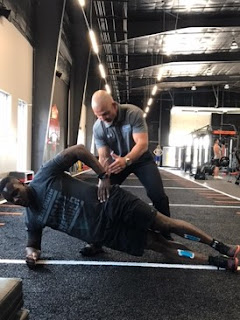 At the same time, we also know that athletes in the same sport but in different positions move very differently.  For example, if a 330# professional football player lineman falls into 15 degrees of valgus at 180 degrees/sec during a hop plant test he may not be at risk where  220# running back with those same motions and speeds may be.  This makes a lot of sense when you consider the amount of running one player does compared to another.  In addition the running back has more cutting and rapid changes in direction resulting in much greater center of mass displacement during single limb movements than the lineman.

So this might lead us to the question, if you don't know what the passing score is then what does the data mean?  What we are able to do is determine LSI in both magnitude of motion and speed of motion.  We do have some normative data for frontal plane motion and speeds of valgus during a single leg squat, single leg hop and single leg hop plant.  We know if you are significantly out of those ranges that you are at greater risk that it will impact your injury risk and your athletic performance.  We also know that if your valgus speeds exceed 200 degrees per second that this has a high correlation to increased risk for non-contact hamstring strains, knee injuries and ankle injuries.  Most of our teams and users do baseline tests so they can use this information to compare to following injury or post intervention.  So the point of this whole discussion is that we are trying to use what the literature tells us we should be looking at and at the same time, using our real time data to drive how we interpret and use this information.

Stay tuned next week as we start to look at fatigue and impact this has on SL testing and return to play.  If you enjoy this blog, please share with your colleagues and associates.  You can also follow us on Instagram at bjjpt_acl_guy and on twitter at ACL_prevention.  #ViPerformAMI