How to Eliminate Pathokinematics - Part II

Last week, we started discussing some general concepts and terminology as it relates to training and movement.  This week, we will start our discussion on a very important concept of symmetry, adaptation and exercise progressions.

One of the easiest ways to maintain proper mechanics is to restore and/or maintain strength and endurance symmetry or balance between the right and left sides of the body.  We can see an excellent example of why this concept is important in athletic training if we take the example of a freshman college baseball pitcher.  By the time this athlete has reached this point in his athletic career, he has most likely been playing baseball since the age of 6 or 8 and pitching since age 8 or 9.  By the time he has reached college, he has been pitching (for the purpose of this example), right handed for 10 years.  Given this scenario, a significant amount of asymmetry or imbalance develops over time as a result of simply participating in the sport, but also and perhaps primarily, being “one side dominant” in that sport.  In most cases, this college aged individual will have increased tightness of the right pectoralis major, weakness of the right rhomboid, right lower trapesius, right serratus anterior and possibly the right rotator cuff.  He will also have more strength in his right gluteus maximus and right quadratus lumborum and multifidus than he has on the left side.  As a result of this asymmetry, he will begin to load his right shoulder and the left side of his lower back differently than the opposite side with every activity he does (including those during and before and after sporting activities).  This sets him up for right shoulder problems and lower back pain on the left over time.  Restoring symmetry to the system will balance loading of the tissues of the lower back, hip and shoulder. 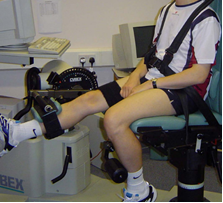 In the medical field, making return to sport decisions often is determined by preference rather than   For example, my sports medicine specialist will rely on Cybex testing to determine if the athlete is ready to return to sport.  The general consensus is that the effected limb needs to be within ≥80% of the non-involved limb in order for the athlete to return to sport safely.  This same test has been used in the NFL for over a decade to determine if athletes are at risk for hamstring injuries.  However, in 2013, in the American Journal of Sports Medicine, Zvijac et al showed that the ability of this test to determine injury risk only had a predictive value of .513 and .524.  So 50% of the time it was right and 50% of the time it was wrong.  But when we consider the concept of specificity, does this really test specifically how the hamstrings function?  This is an open chain exercise and rarely do the hamstrings function in an open chain.  In athletics, the foot is in contact with the ground, the limb is fully loaded, the core is engaged and the hamstrings and quadriceps are function in co-contracted state.  The point is that specificity should apply not just to training and testing but also has a big application in determining when an athlete is ready to return to sport.  A well-constructed movement assessment should be one that not only identifies injury risk but which could also be used for determining return to sport calls.
what is truly supported by the science. 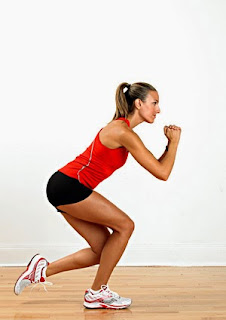 In addition to specificity, is this a true measure of symmetry or symmetry in movement or sport?  In 2001 in the Journal of Orthopedic and Sports Physical Therapy, Gaunt et al introduced the concept of limb symmetry index (LSI).  Simply stated, this is a measurement of variance between the right leg and left leg performance during functional testing.  In 2011, Ardern et al published a paper in the American Journal of Sports Medicine looking at LSI during functional activities for determining return to sport.  In this study and others, it is suggested that the limb being assessed should have a limb LSI of ≥85% of the contralateral limb.  Although we agree with this, we believe that this cannot and should not be determined by just one test but rather a sequence of tests that compares single limb performance.  Doing so in this manner allows stressing the limb in multiple planes of motion, brings in a level of fatigue to the testing and provides a more sensitive measure (due to accumulation of scoring from multiple tests) of LSI.

Most of us are very familiar with the concept of adaptation when dealing with exercise.  This is another of the six key “Principles of Conditioning” required to maximize the effectiveness of a given training program or plan.  Simply put, the body will adapt to the demands placed upon it.  As a direct result of the body’s ability to adapt to exercise, progressive resistance exercise (PRE) was developed.  Exercise physiologists have known for years that in order to see continued strength and endurance gains in athletes, they must have exercises that progressively increase physical demand.  If they do not continue to increase physical demand, then the body eventually adapts to the level of demand placed upon it and no longer makes strength or endurance gains.  This is one of the primary reasons that many exercise programs fail:  The athlete performs the same routine over and over again without increasing physical demands, which eventually results in performance plateaus.  Therefore, we know that a continually progressing exercise program is required in order to continue to see athletic performance improvement in terms of strength, speed and endurance gains.  So how do we do that?

The physical demands of exercise can be increased in several different ways.  You can increase the demands of a given exercise by:

This is still another of the six key “Principles of Conditioning” needed to maximize the effectiveness of a given training program or plan.  In order to address the body’s natural adaptation response, we can increase the difficulty of an exercise as discussed above.  This is best done in a progressive format, beginning with easiest and moving to more difficult over time, so that as the body “super compensates,” or adapts to the current demands placed on it, future demands are continuously and systematically increased. 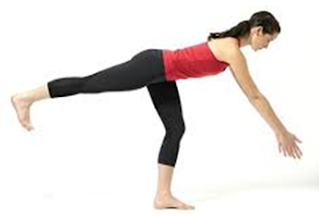 There are several different ways to progress exercises.  Some programs use periodization.   Periodization is used primarily in sport-based performance training and enables an athlete to make strength and endurance gains up to his or her specific sport’s season and maintain those through a maintenance phase during the season, when sport specific training is the primary objective.  With this methodology the athlete participates in different kinds of training cycles throughout the year.

Our program, described in the future blog series, is designed to address pathokinematics in an individual which are identified using the movement assessment.  This takes into account still another of the “Principles of Conditioning”.  That is that all individuals are different and therefore require different training and exercise protocols in order to see improvement.  The Corrective Exercise Program we have designed to address and improve pathokinematic movement patterns allows customization based on the specific needs of the individual as seen in the movement assessment.  The methodology we use facilitates the progression of an individual athlete’s exercise regimen so that he or she is ultimately able to “normalize” pathokinematic movement by fully addressing deficits.  Once movement is “normalized,” many of our athletes will then move into more aggressive sport specific performance or power lifting types of periodization programs.