How to Eliminate Pathokinematics - Part I

Throughout this blog we have been discussing pathokinematics and how we can use corrective exercises to address pathokinematics.  Now it is time to look more closely at specific exercise prescriptions for what we uncover in the movement assessment.  Although most of us have a thorough understanding of exercise physiology, it is imperative to establish a common framework for discussing these concepts so that we can examine how they impact movement or, more importantly here, re-training of movement so that we can achieve optimal outcomes.  We believe this is of such importance that this will consume several blog series.  So we encourage you to stick with us as this is the foundation of making permanent change in movement.  The following paragraphs review a few general exercise physiology terminology concepts that will be applied in the Corrective Exercise Program in the blogs that follows.  We plan to touch on the following terms and concepts:

In exercise physiology, specificity refers to a training effect that specifically targets the muscles, joints and other structures in the body (including the heart and lungs) in the ways that are involved in the activity for which you are training.  The training should target the pattern of muscle and joint involvement in the activity and also mimic the activity in terms of the specific duration and intensity demands it places on those muscles, joints and other structures.  This is one of the six key “Principles of Conditioning” that are required to maximize the effectiveness of a given training program or plan.  Specificity allows for the maximal amount of carryover from the training protocol to the activity for which you are training.  This improves the transfer of training gains, thus the outcome of training efforts is maximized.  In other words, the athlete will achieve maximum results in exchange for the time and energy expended.  For specificity to apply, a given training protocol must replicate the sport for which you are training in the following ways: 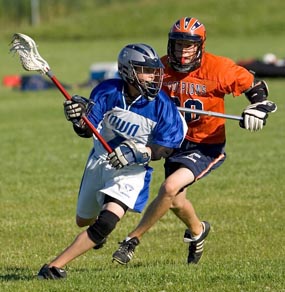 Just like a football player would not train in the same fashion as a long distance runner, a soccer player would train with different demands than a volleyball player.  So, we must consider the athletic requirements of the sport when implementing a corrective exercise program, as well as the specific design, frequency and grouping of exercises that are appropriate for that athlete, in that sport.  The corrective exercise program discussed later will have maximal carry-over to the individual sport as long as we keep the concept of specificity in mind.

Ultimately, the measure of success of any training program is in its results.  If you are a runner, then the only measure of success is velocity.  After completing the training, can I run faster, farther and for a longer period of time, using the same or less energy, considering all environmental conditions (temperature, terrain, air quality, etc.)?  In this case, oxygen consumption is the measure used most frequency to assess running economy.  And even though we might see sports that use the same or nearly the same muscles, in similar ways as a given sport, like cross country skiing and running, we know that the aerobic demands of running and cross country skiing are actually quite different.  The specificity concept means that in order to become better at running, one must practice running.  The bottom line is: After I train, do I run faster in a race, and remain injury free?

Often times, training or an upbringing in one sport hurts athletes who want to migrate to another sport later in life.  The perfect example of this can be seen in the sport of triathlon.  Many times, triathletes are recruited from swimming backgrounds.  However, success in swimming is a terrible predictor of success in cycling or running.  In fact, swimming requires the exact opposite body position, body build and mechanics of the effective runner or cyclist.  In swimming, the chest is held high, the back is slightly arched to allow for the pressing of the body’s built-in floatation device (the lungs) which raises the hips and reduces drag.  The feet are fully plantar flexed, which results in poor plantar dorsiflexion over time, which is essential for running efficiency. Swimmers are often bigger, heavier athletes than runners, having more upper body muscle mass, particularly in the latissimus dorsi, pectorals and deltoids.  This body build is exactly opposite of what would be most conducive to running and cycling, which requires more propulsive muscle mass in the lower extremity and less muscle mass in the upper extremity.

Cyclists on the other hand, in order to generate power while remaining in the most aerodynamic position possible, end up becoming quite inflexible in the shoulders (required for an extended and efficient swim stroke) and in the hip flexors (critical for running).  Their range of motion is also sometimes limited by tightened hamstrings and overly developed vastus lateralis and gastrocnemius muscles.  For runners, on the other hand, we want the chest down, the body leaning forward beyond the center of gravity, the hip flexors and hamstrings loose to allow a full arc swing of the leg during the running stride, and small, light weight gastrocnemius muscles which can swing through the arc easily and quickly with less wear and tear on the hip, quadriceps and knees.  This is why rehabilitation strategies for running injuries using the bike are often detrimental to the return to running related sports because in fact they develop the system in ways that negatively impact the sport to which we are trying to return the athlete.  Thus, again we can see the case for increased and conscious specificity of training in both the rehabilitation and performance improvement training arenas.

Another concept related to specificity is the fact that there is little margin for variation or error in the planning and conduct of training.  This is especially true in multisport, but is usually also true in other kinds of sports.  Often, there is less strength available for related activities, less time for cross training, and ultimately athletes simply don’t have the time or luxury of introducing other disciplines with enough frequency to become proficient.  To refer back to the running example, elite runners run upwards of 120 miles per week.  Multisport athletes (as just one example) cannot spend that much time running and still be proficient in swimming and cycling.  Therefore, specificity becomes even more important in allocation of training hours.

This being said, though, we can not negate the importance of including regular stretching, strengthening and some amount of cross training to prevent injury and facilitate healing of muscles used during the target sport(s), as well as isolation exercises to address specific weaknesses or asymmetries identified during movement.  Cross training provides a mental break, a change in athletic requirements and allows continuation of fitness levels in the most general sense when other factors require a change.