How to Eliminate Pathokinematics - Part III

Last week, we covered the concept of symmetry and adaptation.  This week, we will take this discussion a step further in talking about repetitions to substitution.

Repetitions to Substitution (Regression of Exercise)

Understanding this concept is imperative to success of any program addressing movement.  As we know from previous blogs, when an athlete becomes fatigued and begins to modify his or her form, pathokinematics can emerge or worsen.  We also know that some athletes are “trained” to move in certain ways, or learned at an early stage to move in a certain way, and sometimes these habits are detrimental to sports performance and/or can lead to injury.  Ultimately, we are attempting to re-educate and retrain our clients in order to prevent poor movement patterns with this program.  In order to accomplish this objective, we must acknowledge and address the fact that there are both neurological and physiological components involved in the performance of movement.  Many poor movement patterns have been learned over many years—often over the lifetime of the subject--- and as a result have been carried over to training and then to performance of athletic activities.  Many subjects we see move in harmful ways simply during everyday life activities, such as gardening or house work or chores. 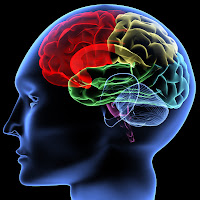 There is research available now that indicates that in order to change and/or prevent poor movement patterns or in order to create a new motor plan in the brain for movement (or better repetitive movement patterns) we must engage and involve the higher centers in the brain---primarily those in the primary motor cortex.  To create a change in the higher centers of the brain (primary motor cortex) requires between 3,000 and 30,000 repetitions of an activity.  A perfect example of this is the baseball pitcher who is trying to change his throwing mechanics.  To perfect a new movement pattern associated with pitching might take an entire season of training and constant attention to perfecting the technique.  Another example is the patient who tore her anterior cruciate ligament 6 months ago and has been limping ever since.  Getting this subject to ambulate or walk without a limp or a flexed knee can be very difficult and requires a lot of practice as well as continuing feedback.

Considering this, are we going to have athletes or clients do 30,000 reps?  No.  From the motor learning literature, we know there is techniques that can be employed or utilized that will aid in facilitating these changes in the primary motor cortex.  One of these is mental rehearsal.  Mentally rehearsing the movement results in similar synaptic firing and sequencing that occurs as if you did the movement.  Perfect example is the baseball player who mentally rehearses his throw in order to improve his pitch.  He rehearses it over and over again which results in the motor patterns being laid down for future reference when he does throw.

Another technique is visual feedback.  Providing visual feedback into the system results in bringing in additional centers (visual cortex) into the equation which has the net result of improved synaptic firing.  In addition to this input, the athlete also becomes more aware of where their body is in space, begins to see and feel what the movement should feel like which results in synaptic sequencing of stabilizers and antagonist muscle groups which further facilitates the motor learning or changes within the primary motor cortex.  So, training in front of a mirror, use of video feedback or use of external visual devices (like motion guidance) become great tools to aid in this learning process.

Knowing then that movement patterns have a neurological motor learning aspect as well as a physiological aspect, we can see that performing repetitious movement with proper technique is vital to the success of this, or any, program.  Therefore, a vigilant eye to technique is critical to long term success.  Throughout this program we have listed a number of sets or an amount of time to perform a given exercise, but keep in mind that this is only a recommended goal.  The athlete should only perform the number of sets or repetitions for which they can maintain proper technique.

Repetitions to substitution refers to the act of performing a given exercise only until there is an inability to maintain proper technique if one more repetition is completed.  In other words, we allow the subject to perform the exercise until a substitution of proper form occurs, or until the body begins to compensate for fatigue (or other physiological changes) or an inability to focus (or other neurological changes).  At the point of substitution during a repetitive set, the individual has exceeded his or her physiological and/or neurological ability to maintain proper support to the system.  When the subject can no longer maintain proper form, continuation simply reinforces the poor motor habits we are trying to eliminate or prevent, and further contributes to muscle weaknesses and the neurological patterns that caused or contributed to those poor movement patterns in the first place.

To illustrate this point, the above athlete (who is 6 months post operative) had been performing squats for over 3 months with a physical therapy provider at the point at which this photograph was taken.  Prior to being returned to sport, this athlete sought an evaluation due to lack of confidence with and strength on the involved side.  Obviously, if his technique had been corrected earlier in the recovery process he would not present with as much asymmetry in strength, endurance and proprioception this far in to the recovery process.  As much as you think this does not occur or that "I would see that" you would be surprise how much we see this even in professional and elite athletes being trained or rehabbed from the "best".

In the photographs below, we see a marked difference in performance results when testing vertical jump variance.  We can easily see nearly a 3 inch difference in quadriceps circumference when comparing the involved to the uninvolved legs.  This resulted in a strength measurement difference of 60% between the involved and the non-involved lower extremity.  At 6 months post operative, there should be a negligible difference between the involved and the uninvolved sides.  We can deduce in this example that form and technique were never addressed in this athlete’s rehabilitation and training and consequently, strength gains were not realized on the involved side.  Over time, if these deficits are not addressed, the athlete will continue to reinforce poor movement patterns, never fully regaining symmetry in the system or full use of that side of the lower extremity.

So what should happen at the point at which we see a substitution in form during an athlete’s exercise progression?  It is at this point, that the professional needs to “regress” the exercise routine.  Simply back it down to an easier form of the exercise.  There will be days or times during this program that an athlete will present with general fatigue, exhaustion or lack of focus.  The causes of pre-level exhaustion can be multi-factorial and can include, but are not limited to, any of the following:


3.     Poor sleeping patterns the night before

In cases like this where the athlete presents with a pre-level exhaustion, it is important to remember that it is perfectly appropriate to regress exercises based on his or her stamina that day.  If you find that an athlete is not able to do the same level of exercises he or she was able to do the time before, regress the exercises.  The goal is to drive towards the set number but you should discontinue the set immediately once substitution starts.  Regression can be achieved in several ways:

One of the essential components assessed during the a movement assessment is the athlete’s ability to perform some of the activities assigned using lumbar-hip disassociation. Lumbar-hip disassociation is crucial for athletes to master in order to prevent excessive stress on the lumbar spine as well as to enable them to develop strength and endurance of the lumbopelvic region.  Lumbar-hip disassociation refers to the athlete’s ability to discern the proprioceptive difference between lumbar spinal flexion and/or rotation and hip flexion and/or rotation.  Most young athletes tend to demonstrate spinal flexion and rotation with movements which require hip flexion and rotation.  This lack of an ability to discern between the two different types of movements leads to poor performance and can result in injuries to the hip, sacroiliac joint or lumbar spine.  Although not limited to females, the inability to tell the difference between hip and lumbar spine movement tends to be more prevalent in female athletes than male athletes, as well as in athletes who have undergone a recent and rapid growth spurt.

Obtaining lumbar-hip disassociation will allow the athlete to perform hip flexion and/or rotation without lumbar movement which aids in maintaining stability of the lumbar spine with certain kinds of exercise.  This is an essential component to core development as well, and allows maximal force production, kinetic energy transfer and force attenuation along the kinetic chain.  Without the ability to disassociate between hip and lumbar spine movement/rotation, force production and transfer is lost along the kinetic chain, and there is increased stress to the lumbar spine and hip over time due to the repetitive forces that end there.

The professional should continually maintain an awareness of the athlete’s ability to differentiate between movement at the lumbar spine and movement at the hip so that he/she can give feedback accordingly, and instruct the athlete throughout the course of the training program.  This will lead to better performance of the exercises within the protocol, greater strength and endurance gains, better outcomes, increased safety and ultimately, improved movement patterns.  There is a series of exercises included in the exercise program that will focus specifically on helping athletes obtain this “sense” or “awareness” called the Lumbar Hip Disassociation Prep Exercises.

If the athlete is allowed to train in postures without maintaining this lumbar-hip disassociation or in postures which further reinforce this poor movement patterns then we can anticipate this will be the movement pattern they will revert to during athletic activities.  As depicted in this picture, the variations may be slight but the impact that it has to motor unit recruitment and muscle sequencing is huge and should not be ignored.