NFL ACL Epidemic - Will this Season Be Any Differentt? 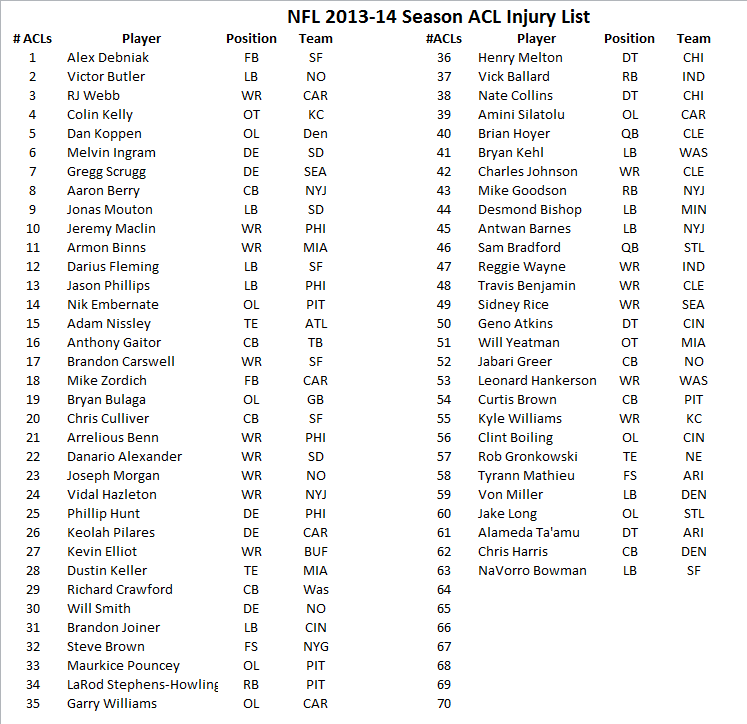 Throughout the 2013-14 season, many have wondered about the suspected rise in anterior cruciate ligament (ACL) injuries among NFL players.  Despite this apparent rise, the NFL has taken the position that there is not an increase in ACL injuries but rather an increase in media coverage.  That said; if you look at the reported ACL injuries in the NFL since teams reported to camp till 1/28/14, you see some startling statistics.  The following chart list the number of players that have suffered ACL injuries this season.  We can clearly see this equates to 63 players who have ruptured their ACL during the season (pre-season, practices and games).  According to a 2014 poll conducted by USA Today, of the 293 NFL players surveyed, 46% said they are more concerned about knee & ACL injuries versus concussion (26%).  Why is that?  According to the players, they see knee injuries as the career ending injury and lost earning potential.  Although concussions may have long term effects, most know what the research shows about ability to return to sport after an ACL reconstruction. 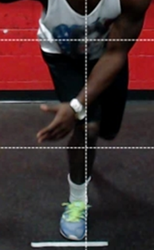 According to the research, only 63-69% of college football players return to sport following an ACL  reconstruction and only 43% of them return to the same level.  Unfortunately, 77% report a “sports disability” in 5 years.  Whether that disability is lack of agility, lack of speed or confidence on the involved side, the fact remains that 5 years post, a majority of players still feel limited.  The research also shows us that 20% will have a 2nd ACL injury in 2 years and 79% will have osteoarthritis in 12 years.  So considering all the research, it is no wonder that players are concerned about ACL injuries.  But, are these preventable?
Some argue that the recent changes in the NFL rules related to concussion are resulting in increases in ACL injuries.  The theory behind this is that the new concussion laws have led to players being concerned about hitting high, so most are hitting players lower.  Hence, if they are hitting lower, knees are more susceptible to these injuries and therefore this could account for the increase in ACL injuries.  Although this may be true, according to the data from this season, over 66% (42 of the recorded 63) of the ACL injuries that occurred in the 2013/14 NFL season are non-contact in orientation.  This means that there was no contact with another player and therefore the change in the concussion rules would not account for the increase.  If that is the case, then why the increase?  If the answer was simple, then we would not have the current problem.  There are a lot of reasons for non-contact injuries.  Some of the most common: 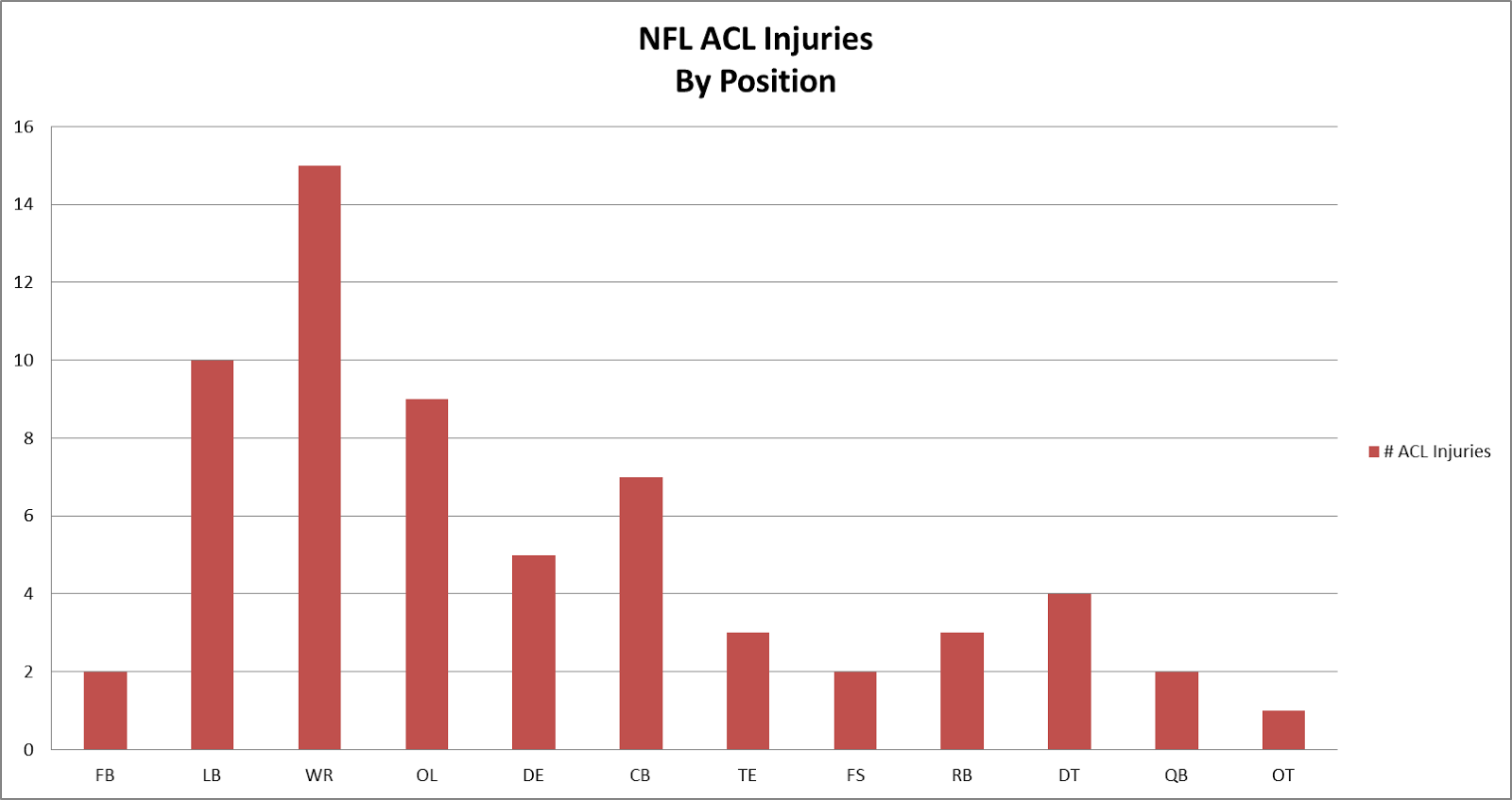 Although the data is not clear on the potential cause, one thing is for sure, we must do something different.  Insanity = Doing the same thing over and over and expecting a different outcome.  If things are not done differently, then we can expect the same outcome and sadly, those that suffer the most are the players.  One thing is clear; we must start to use the research to guide our intervention strategies.  The research is very clear what kind of mechanics lead to an ACL injury.  As depicted in the picture here, these mechanics often lead to increased stress to the ACL and all other tissues of the lower kinetic chain.  If corrected, according to the research, the rate of ACL injuries is decreases and performance in vertical jump and sprint speed are also improved.  Current methodology being used in the NFL is not capturing these motions and therefore identifying those at risk is not as easily seen.  So, is there a better way?
Absolutely.  There is a test out there that measures the movements we know put players at risk.  Now, it is even automated using the most advanced 3D technology available and scores every rep.  So there is no interpretation errors and it can detect minor changes in movement.  The 3D-DMA™ is the only assessment of this nature on the market, it is very physically challenging (bring in fatigue) and uses the same movements used by the scientist to identify these poor movement patterns know to put athletes at risk.    The DMA™ also consist of 50% single limb test and has a portion of it which assesses the contribution of the core.   By performing the battery of tests and with the results of each test feeding (in part and whole) to the diagnostic capabilities of the assessment, the examiner is lead to the “root cause” of the movement patterns observed.

Whatever is done, something different needs to be done.  As Einstein says, you can't expect different results if you are doing things the same.  ACL injuries have had a trend of increases in the NFL since 2005.  This increase has occurred despite the NFL’s implementing a movement screen to aid in preventing injuries and specifically ACL injuries.  But, are you screening movements known to be associated with ACL injuries?  Are you quantifying adduction in the frontal plane.  If one looks at the data and the trends among the NFL, then the answer is clear!
Posted by Dr. Trent Nessler at 4:00 AM