Are ACL Injuries on the Rise?

In our last series of articles we discussed the rise (or perceived rise) in ACL injuries among NFL players.  The vast number of ACL injuries has led to knee injuries to be the leading concern among NFL football players over concussions.  Despite the impact of concussions, more NFL players see knee injuries and especially ACL injuries as a career ending injury.  This is understandable when you look at the research and see the impact that these injuries have on not only future performance but also on future joint health.  We suspect that these injuries are on the rise in the NFL, but are they on the rise for the athletic population as a whole?  If they are, what does this mean to future joint health & performance and what can we do about it. 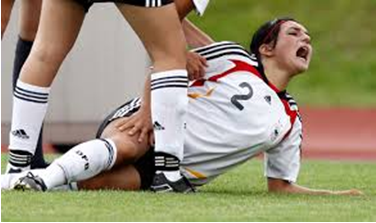 First we must look and see what the research tells us about ACL injury rates.  In a recent study published in the American Journal of Sports Medicine in 2014, Dodwell et al attempted to determine if there has been a steady increase over the last 20 years.  In this study, Dodwell et al performed a survey from a New York State statewide database for all pediatric ACL reconstructions performed from 1990 to 2009.  In this study, they set out to determine the rate of ACL reconstructions per 100,000 population aged 3 to 20 years old.  What they found was a steady increase over the last 20 years from 17.6/100,000 in 1990 to 50.9/100,000 in 2009.  Looking at this age population, they also found the peak age during which most of the ACL reconstructions are performed is at the age of 17 with 176.7/100,000.  They also found the youngest age at which an ACL reconstruction was performed was 9 years old.  According to the results, it is clear that there has been a steady increase in the number of ACL reconstruction over the last 20 years.  Is this due to better diagnostics, more readily available surgical procedures or increased activity levels of this age group?  Those questions cannot be answered with these results but must be considered when evaluating.
If ACL injuries are on the rise, what is the concern about future performance?  In talking with most strength or performance coaches, most will tell you an athlete can return to sport within 8-12 months with minimal limitation, if any at all.  But is this accurate?  What does the research tell us?  In the 2014 preview paper in the American Journal of Sports Medicine, Rugg et al published a study that looked at impact that prior knee surgery had on subsequent injury and surgery.  In this study, the authors looked at Division I athletes who participated in college athletics from 2003 to 2008.  During the 5 years, 456 athletes participated in this study.  Of these, 104 athletes had orthopedic surgery to the knee with 48 having had knee surgery, 16 having had ACL reconstruction and 28 having had multiple surgeries. 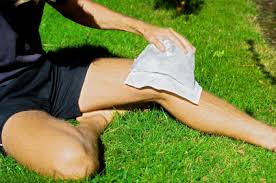 What they found was that the days missed per season due to any injury were increased for all the surgical groups when compared to controls.  Athletes who had knee surgery or ACL surgery were 6.8 and 19.6 fold more likely to sustain a knee injury and 14.4 and 892.9 fold more likely to undergo knee surgery during their collegiate careers when compared to controls.  The number of MRIs per season were .83 for the knee group, 1.29 for the ACL group and .97 for the multiple surgical group compared to .37 for the controls.  These results indicate there is a huge increase in risk for re-injury in those who have had prior knee surgery.  Although briefly mentioned in this study, one should not under estimate the impact that this has on team performance.  Considering the impact this has on the number of days on the disabled list (DL) then this will have a direct impact on team performance.  Looking at NCAA DL statistics, the players who tend to end up on the DL are the players who tend to play more or have more athletic exposures.  These tend to be the better players and hence why they are playing more.  Therefore, if your better players are on the DL, then the net result is decreased team performance in the game and the season.
Considering the previous years of research and the current research, it is no wonder that these types of injuries are such a concern for athletes.  Considering, all the research, what can be done, preventatively to reduce the risk?  Considering this is the age of technology, isn’t there a place for technology on the prevention side of these types of injuries?  Current studies are being done to evaluate how technology may be used in sports.  In a systematic review of research published from 1990 to current, Dellaserra et al found that technology is being used in 4 basic categories.  These 4 categories are: a) quantifying movement patterns, b) assessing the differences between demands of training and competition, c) measuring physiological and metabolic responses and d) determining a valid definition for velocity and sprint effort.  All of these studies bring up some very interesting points about limitations with the use of technology in sports that should be considered.  These limitations include: scalability, cost & inability to receive signals within indoor environments.
But, what if there was a technology out there that could not just assess motion but accurately assess an athlete’s risk based on their biomechanics?  What if it could provide interventions to reduce that risk and was also scalable, affordable and did not rely on indoor signals to function properly?  What if that same technology based biomechanical analysis could also be used to improve athletic performance (individual and team) and save the team/university/organization health care dollars?  Is there technology like that out there?  There will be……Stay tuned!
About the author:  Trent Nessler, PT, DPT, MPT.  Trent is a practicing physical therapist with 15 years in sports medicine and orthopedics.  He has a bachelors in exercise physiology, masters in physical therapy and doctorate in physical therapy with focus in biomechanics and motor learning.  He is the founder/developer of the Dynamic Movement Assessment™, Fatigue Dynamic Movement Assessment™ and author of a textbook “Dynamic Movement Assessment™: Prevent Injury and Enhance Performance”.  Trent is also associate editor of the International Journal of Athletic Therapy and Training, Member of the USA Cheer Safety Council.
Posted by Dr. Trent Nessler at 4:00 AM