Balance is physical equilibrium or the ability to maintain stability produced by even distribution of weight on each side of a vertical axis.  In humans, there are three factors that influence balance.  These are:


·       The Vestibular System:  complex mechanism in the inner ear that controls balance by monitoring the position of your head.


·       The Visual System:  uses input from your eyes to detect changes in the floor surface.


·       The Somatosensory/Proprioception System:  Uses sensory input from your lower extremities to give your brain feedback about the body’s relationship to the floor.

Some authors argue that there is a fourth component that influences balance which is a psychological component:  the fear of falling.  For our purposes and for the athletic population, we will address only the three factors listed above.  Of those factors, pathokinematics has the largest influence on the somatosensory system or proprioception.  So prior to talking about the impact pathokinematics has on the somatosensory system or proprioception, we must first define proprioception. 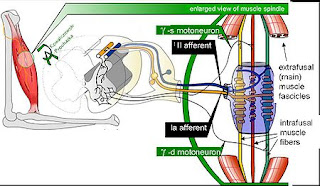 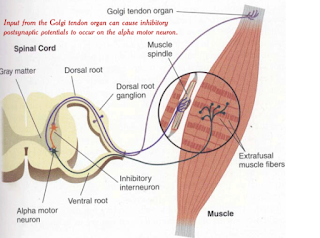 Proprioception is the sense of the relative position of neighboring parts of the body, joint position and the strength of effort being employed during movement.  This complex sense is provided by multiple systems (Neuroscience, 2nd edition, by Purves et al. 2001) including the inner ear (bony labyrinth) and sensory receptors in the joint capsule, in the musculotendinous junction (golgi tendon organ) and within the muscle (muscle spindle).  Stimulation of these systems contributes to our sense of awareness of where our body is in space.  Several factors that can negatively impact this input are injury, pain and/or abnormal movements (bad technique) performed over time.  With regard to this last factor, we need to remember that poor movement patterns repeated over time result in repetitive stimulation of these systems in these altered positions.  This, in a sense, “teaches” the fibers that this is the “correct movement or posture” when in fact, it is not.

The same is true with pathokinematics over time.  The body becomes accustomed to moving in this way, and the athlete senses that this is normal movement---it “feels” right.  Again, let’s use the example of the athlete above who squats with the obvious lateral shift.  Because he has trained his body over the span of months to squat in this way (or he has allowed himself, knowingly or unknowingly, to squat in this way) his body perceives this as “normal.”  When moved into a more anatomically correct movement pattern, he feels awkward, weak and perceives the positions and motions as abnormal.  This is due in part to the proprioceptors in his lower extremity.  They must be re-trained to sense this “new” position as correct relative to space. 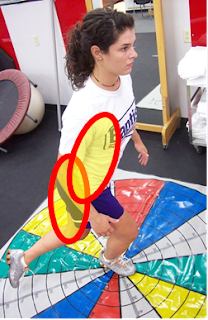 So, let’s examine this concept in more depth as it relates to performance by looking at proprioception or balance in the core and hip (marked in red in the photograph).  A decrease in proprioception and balance in the core and hip can lead to many performance limitations, and we see this especially in many of our female athletes.  Such a deficiency in proprioception can present itself in the form of an inability of the athlete to disassociate lumbar spine motion from hip motion, as in the example of lumbopelvic disassociation.  Also if one has weak hips, particularly in the stabilizing muscles of the hip such as the gluteus medius and other smaller and/or deeper stabilizers, (gluteus minimus, gemelli, obturators, tensor fasciae latae, quadratus femoris), we might expect to see a reduction in the ability of the athlete to balance, especially during single limb activities.

One of the questions one might ask at this point is whether or not it is the pathokinematics that lead to significant reductions in balance and lower extremity control over time or is it the reductions in balance and lower extremity control that lead to pathokinematics?  Again, it is the question of the egg before the chicken or the chicken before the egg.  Although we don’t know the answer to this question, we do know is that both present together in a majority of cases and if we improve proprioception, then we also see a corresponding improvement in pathokinematics.  And, of course improved balance, body control and movement all lead to athletic performance improvement and reduction in injuries.


1.     Perception time – time from which the athlete senses the need for movement (my opponent is moving to the right) to the time the athlete chooses the appropriate response (response selection – I need to cut to the left).  This is often referred to as processing time as it is the time that it takes for the person to sense a stimulus, the brain to process it and then select the appropriate movement.  This requires visual input, the processing of that input in the higher centers of the brain, and then a selection of the appropriate motor program (in the primary motor cortex).  There are a lot of factors that impact perception time or processing time[vii].  These include but are not limited to:


2.     Movement time – once the response is selected, movement time is the time that it takes the athlete to execute the required movement.  There are a lot of factors that impact movement time.  These include but are not limited to:

Understanding the components of reaction time and the factors which positively or negatively impact reaction time gives us a better understanding of how pathokinematics can play a role in limiting performance by increasing reaction time.  For example, if an athlete demonstrates significant pathokinematics resulting in altered length tension relationships, decreased efficiency of movement, poor proprioception, and decreased endurance, then one can easily see how reaction time would be negatively impacted.  This is especially true and more evident in later phases of the game when an athlete’s pathokinematics may become more pronounced and the efficiency of the system becomes compromised to an even greater degree due to fatigue and other contributing factors.

n sports in which speed and explosive movements are important, reaction times are imperative to overall athletic performance.  Improvement of factors that result in decreased efficiency throughout the system and the resulting efficient transfer of energy across that system, can and will result in the reduction of time from initiation of a given movement to full execution of that movement[viii].  By improving the strength and endurance of the entire kinetic chain, we can capture, conduct and channel all available power generated by the athlete more effectively and efficiently, and by improving this energy transfer, we thus improve performance.

Reaction time, like all of the other sports performance fundamentals discussed in this chapter, including pain and pain prevention, efficiency, energy conservation, endurance, power, speed, flexibility, balance and lower extremity control, has a direct correlation to pathokinematics.  In addition, it’s important to note that each of these performance considerations is affected by the others.  This results in a powerful compounding effect when any one or more is present.  In other words, when pathokinematics lead to a deficit in any one of these or any other sports performance area, all other areas are affected as well.


I hope you found this information valuable.  As always, I appreciate all our followers and hope you find the information we provide useful in your practice with your athletes.  If you do, please follow me on instragram @bjjpt_acl_guy and Twitter @acl_prevention.  I also just launched a new website, www.drtrentnessler.com.  My vision is to create a movement revolution in the world of ACL rehab.  Check it out, hear more about my story and where we are headed.  Train hard and stay well.  #ViPerformAMI #ACLPlayItSafe