Over the last month and a half, we have been looking at the impact that fatigue has on movement.  During the course of these "fatigue related blogs" we have highlighted the research associated with and also evaluated how we can use this knowledge to improve the movement assessments that we perform.  A couple of weeks ago, we highlighted some research we have been doing with Division I and II athletes and how we have included this concept of pre-fatigue into our movement assessment pre-participation physicals.

The reality is, we came across this by circumstance.  We started our data collection on Division I and II athletes and were ~4 days into the data collection.  At this point, we had moved on from the Division II athletes to the Division I athletes.  To our surprise, we were not seeing the level of movement dysfunction that we hypothesized we would see.  This is to be expected due to the heightened level of athleticism, level of fitness and length of time at a higher level of play.  That said, our Division I athletes were still encountering a lot of non-contact lower kinetic chain injuries that we hypothesized we could assess contributing factors.  But, for the majority, we were just not seeing a lot.  However, the last 2 athletes to be tested on the last day came in and during their assessment, their movement was remarkably worse than the rest of their teammates.  These same two athletes also were reported as the two best on the team, which you might suspect would then translate to moving better.  Both of the players were exhausted at the conclusion of the testing which prompted us to inquire about why the level of fatigue. 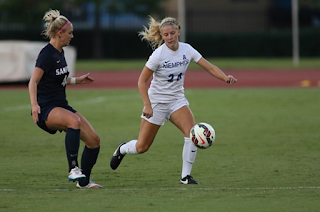 To our surprise, both of these athletes had participated in a field agility test just prior to our testing.  This was an agility test the coach would put them through to fatigue them out so he could see what he had to work on with them from a performance standpoint.  This was the defining event that resulted in us forever changing the way we looked at our athletes.  From that point on, we started to dig into the fatigue literature and see how we could use this as a part of our assessment.  As time went on, we also started to question the way that we provided our intervention.

Conceptually, physiologically and neurologically, it would make sense that if we applied this concept of fatigue to our training that the carry over would be much better.  Considering the concept of specificity, in order for the training induced responses to have the maximal carry over to the activity for which you are training that it should be as specific to that activity as possible.  So what does that mean? 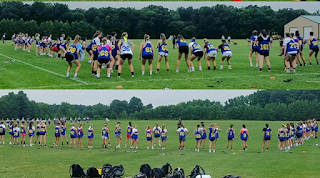 Simply, to improve how an athlete moves later in the game, when they are fatigued, wouldn't we
want to train them in a fatigued state?  After the implementation of fatigue state testing, we then started to evaluate this concept of fatigued state training in 2009 and had seen some significant impacts on injury rates in addition to compliance with the program.

In 2015 in the American Journal of Sports Medicine, Soomro et al performed a meta-analysis of 9 randomized controlled trials across 10 different published studies.  What the authors found was that injury prevention programs (IPPs) that were the most effective at reducing injury rate ratios (IRR) were those that addressed muscular strength, proprioceptive balance and flexibility.  Further, the authors found that programs that included more of these key factors (versus just one or two) were more effective.  In addition, programs that were 20 minutes or less in duration tended to have better compliance and ones that used post practice training (fatigue state training) had larger reductions in IRRs.

For us, this just confirmed we were on the right track.  So the program that we developed has a pre-practice warm up and a post practice routine that takes less than 20 minutes to perform.  The post practice routine (Fatigued State Training) utilizes the fatigue that is created in practice and carries that over into the training routine.  In addition, training in this manner allows us to be much more efficient and reduce our volume of training so that we can have just as significant an impact with few reps and sets.  Most importantly, it trains athletes in a fatigued state so when they are fatigued, they move better, reduce their injury risk and improve athletic performance.


Dr. Nessler is a practicing physical therapist with over 20 years sports medicine clinical experience and a nationally recognized expert in the area of athletic movement assessment and ACL injury prevention.  He is the founder | developer of the ViPerform AMI, the ACL Play It Safe Program, Run Safe Program and author of a college textbook on this subject.  Trent has performed >5000 athletic movement assessments in the US and abroad.  He serves as the National Director of Sports Medicine Innovation for Select Medical, is Vice Chairman of Medical Services for USA Obstacle Racing and movement consultant for numerous colleges and professional teams.  Trent has also been training and a competitive athlete in Brazilian Jiu Jitsu for 5 years.