When thinking about movement assessments in athletics, one that jumps to the top of mind is the Functional Movement Screen or the FMS.  This is the most widely used and recognized movement assessment on the market.  The FMS, as they define, is the screening tool used to identify limitations or asymmetries in seven fundamental movement patterns that are key to functional movement quality.  Before getting into our discussion, we should say that nothing in life is perfect.  In order for continuous improvement, we must recognize limitations of whatever tool it is that we use and constantly strive to improve upon. 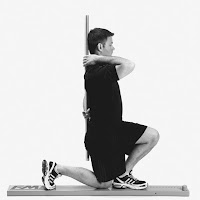 In this authors mind, the FMS transformed the way we looked at movement in athletics and created an awareness for movement.  For that fact alone, the FMS should be recognized as a transformational approach that it has been and is.  Although the FMS will state that it is a screen, it is more often used in athletics as a tool to assess if an athlete is at risk for injury.  That said, there are some fundamental flaws with using it in this manner and the research is beginning to question it's validity as a tool for prediction of injury risk.

In June 2011, Bardenett et al looked to determine if the FMS is a valid predictor of injury in high school athletes.  In this study, the authors used the FMS to assess 167 high school athletes and monitored them during a single season.  What the authors found was there was no statistical significant associations between the total FMS score and the injury status.  Although the FMS was useful to recognize deficiencies in the "movement patterns tested" the data suggest the FMS should not be used for overall prediction of injury in high school athletes.  In other words, the FMS was good at identifying asymmetry in the movements tested but makes us question if the movements tested are truly associated with risk. 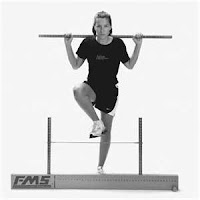 In October 2015, Dorrel et al performed a systematic review and meta-analysis of the research in this area to evaluate the FMS as an injury prediction tool among active adult populations.  In this meta-analysis the authors reviewed 7 studies from 1998 to February 2014.  What the authors found was the FMS was more specific (85.7%) than sensitive (24.7%), with a positive predicative value of 42.8% and a negative predicative value of 72.5%.  In other words, this test predicted injury correctly 42.8% of the time and predicted it incorrectly 72.5% of the time.  Based on the analysis, the authors suggest the findings do not support the predicative validity of the FMS.

Finally, in February 2016, Bushman et al looked to determine the association of the FMS with injury risk, assess predictive values and identify optimal cut points.  In this study, the authors used 2476 physically active male soldiers age 18 to 57.  The authors performed the FMS on all the soldiers and then tracked all of them for a period of 6 months for overuse injuries, traumatic injuries and any injury during that period of time.  What the authors found was although poor FMS performance was associated with higher risk of injury, the test displayed low sensitivity and low positive predictive value.  As a result of these findings, the authors recommend that the FMS not be used in this population due to the low predictive value and the misclassification of soldiers injury risk.

All of these studies, as well as more, highlight some flaws when trying to use the FMS as a injury prediction tool.  One area that keeps coming up in the studies is the area of sensitivity and predictive value.  Part of what makes a battery of test more sensitive and predictive is that it is measuring what it is intended to measure (risk) and that the scoring methodology is able to detect change (improvement or regression).  The FMS is challenged with this in couple of ways.

Now, back where we started in our discussion of fatigue.  When we consider the concept of fatigue and the impact this has on risk, does this test incorporate that?  Does the 3 reps that are performed on each individual test really representative of what an athlete looks like on the field when it matters the most?  Isn't it toward the later half of the game where we really start to see movement deficits become apparent and where performance is impacted the most?  Should we not take that into consideration when we perform our movement assessments?  Should we include more repetitive single limb testing over multiple repetitions to see how the athlete truly moves?   If we truly challenged the core (over multiple tests and longer periods of time) wouldn't this give us a better idea of the athlete's ability to sustain stability when it counts?  Should we include these considerations, the impact of fatigue and combine this with what the research tells us we should test?  If we did this, could we have a better impact on injury rates and athletic performance?

We are starting to see the answers to these questions being evaluated.  With the advancements in technology, this could also drive improved efficiency and sensitivity of movement assessments especially when performed as a part of mass physicals.  Aside from movement assessment, how should these same concepts be applied to our interventions?  That is a question we will look more into in the coming blog.   If you enjoy this blog, please share with your colleagues and follow us on instagram @ bjjpt_acl_guy and twitter at @acl_prevention.  #ViPerformAMI #ACLPlayItSafe