How Will Your NFL Team Perform? - Know Their Injury Rates - Part I

As the 2018 football season kicks off, every football fan wants to know, how will my team do this year?  What if I told you, you may have some insight to how they are going to perform based on their percentage of knee injuries.  If you look at the number of reported knee injuries by NFL team for the 2014-2017 seasons and compare that to recorded wins for those teams, what you find is that teams with the highest % of knee injuries won 33.9% of the time vs. teams with lower knee injury rates won 52.7% of the time.  Why is that?  Lot of reasons for this but one of the primary is that players that tend to get injured more are players who play more, so your better players.  They have more athletic exposures and as such have a great risk of being injured.  So, when the better players are taken out of the game or season, this can have a huge impact on the team's seasonal performance. 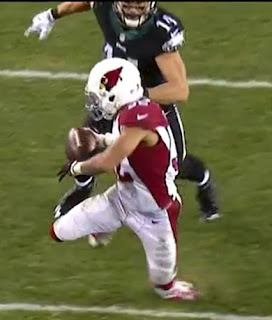 One of the most devastating injuries to a professional football player is the anterior cruciate ligament (ACL) injury.  Why is that?  Because the impact this has on their professional career.  A great research article came out earlier this year that highlighted this fact.  In a study by Mai et al Am J Sports Med 2018, the authors looked at the impact that an ACL injury has on athletic performance and the length of professional career in NFL, NBA, NHL and MLB players.  Not only was NFL players performance decreased for 2 years after the ACL but their professional career was also cut short by 2 years on the average.   In a systematic review published by Mohtadi et al Am J Sports Med 2017, their study found similar results.  That although most players return to play, performance measures and stats across the board were reduced following an ACL injury.  So the obvious question becomes, how do we prevent knee injuries in athletics?  So how do you know how your team is going to do?  Look at their preseason ACL and knee injuries.  In the last 5 years alone, there has been an average of 23 ACL injuries prior to week 1 of the NFL season.  23 ACL injuries occurring in preseason camp.  This is more than 1/3 of the ACL injuries that occur during the entire season occur before an official snap has been taken in an NFL game.

Throughout the course of this blog, we provided some thoughts and research on several factors that contribute to altered biomechanics or pathokinematics that put athletes at risk for an Anterior Cruciate Ligament (ACL) injury.  In a recent study by Johnston et al Am J Sports Med 2018, they performed video analysis of 156 ACL injuries during the 2013-2016 seasons.  What they found was 72.5% of these injuries were non-contact in orientation, meaning no contact with another player or object.  This is important because these are the ones that we could potentially impact and reduce.  Upon review of the video of each of these non-contact ACL injuries, what they found was the limb was in a dynamic valgus position. As pictured below, this can happen when an athlete plants their foot and cuts to the opposite direction.  The limb falling into this position under high loads and high speeds results in a rupture of the ACL.

In the Johnson study, this led the authors to suggest that we need develop programs that create control of these motions under athletic loads.  We may think this is isolated for professional athletes, but in a recent study by Owusu-Akyaw et al Am J Sports Med 2018, the authors determined this is the same position the lower limb is in when non-professional high school and college athletes suffer a non-contact ACL injury.

Throughout the history of this blog, we have attempted to correlate these same pathokinematics to not only ACL risk but also to changes in athletic and team performance.  The previously mentioned studies further highlight this.  In this authors mind, there are two ways in which these injuries impact performance; directly or indirectly. 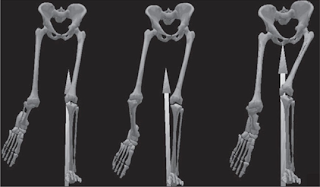 The direct impact is the impact that altered biomechanics has to force production and kinetic energy transfer.  When the limb moves, like depicted in this picture, this results in altered length tension relationships for muscles and altered loading patterns.  Simply stated, due to the altered mechanics, the muscles of the core and/or lower kinetic chain are placed in a shortened or lengthened position.  Knowing the impact that length (shortening or lengthening) has on force production, then the muscle cannot produce as much force or power as it could if it were in an ideal length tension relationship.  This results in muscles of the core and lower kinetic chain producing less force.  This means the athlete has decreased hitting force coming off the line, less explosive power to sprint for 50 yard touchdown, or decreased efficiency of movement resulting in altered agility or ability to avoid the tackle.  So these movements have a direct impact on the individual athletes performance.

Case in point, a recent study by Read et al, Am J Sport Med2017, the authors looked at the impact of ACL injuries have on future performance in National Football League (NFL) players. For the purposes of this discussion, we are going to dive into this one in more depth. 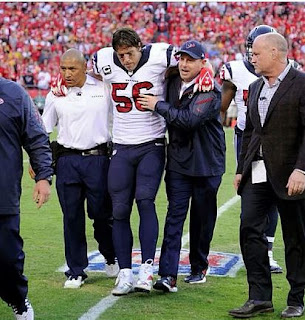 Methods:  38 NFL defensive players with a history of Anterior Cruciate Ligament Reconstruction
(ACLR) from 2006 to 2012 were identified.  For each injured player, a matched control player was identified.  For each player, demographic and performance data was collected.  Players that returned to play (RTPlay) after ACLR (N=23) were compared to players who did not RTPlay after ACLR.

Results:  At least 74% (28/32) players who had an ACLR RTPlay in the NFL for at least one season game.  61% (23/32) successfully returned to play for at least half of the NFL season (min of 8 games).  In the seasons leading up to their injury, athletes who successfully returned to play started a greater percentage of their games (81%) and made more solo tackles per game (3.44 6 1.47) compared with athletes in the ACLR group who did not return to play.  Athletes in the ACLR group retired significantly earlier and more often after surgery than the matched control group.  In the season after ACLR, athletes who RTPlay started games 57% less times and had only 2.38 solo tackles per game compared to matched controls at 3.44 solo tackles per game.

Conclusion:  Athletes who successfully returned to play were above average NFL players before their injury but not after.

Next week, we will start to dissect this a little more.  Specifically what does this mean to the team's performance as well as the athlete's overall earning potential.  If you are enjoying our blog, please share it and follow us on twitter @ACL_prevention and on Instagram at @Bjjpt_acl_guy