Does Previous Knee Injury Impact Performance & What Can We Do About It? 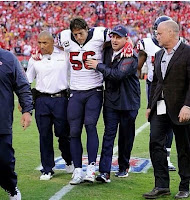 One of the first questions an athlete, who tears their anterior cruciate ligament (ACL), will often ask their physician is if they will be able to return to play.  The answer most physicians provide is yes, 80-90% of athletes do return to play to the same level of play.  However, what coaches, strength coaches, athletic trainers and physicals therapists have often wondered is if that return to play really means the athlete is returning to their previous level of performance?  Over the course of the last decade, researchers have attempted to start answering this question.

In 2014, Rugg et al published a study in the American Journal of Sports Medicine that looked at division I athletes who suffered an ACL injury prior to their division I career.  What this study showed was that athletes who had an ACL injury prior to their division I career were at an 8 fold increased risk of injuring their knee or ACL, would spend more time on the disabled list and would cost the university more money than a non-injured athlete.  These findings are nothing new to college athletic administrators and have often driven recruiting decisions.  Based on these findings, one may speculate that this is isolated to division I athletes.  Seeing the implications this could have in athletics, this has spawned more researchers to look into this subject more and try to provide more clarity. 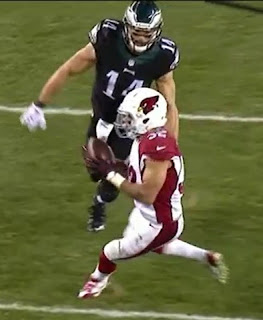 Does a previous ACL injury impact performance in the professional athlete?  This is exactly the question that authors are attempting to answer.  In 2017 Read et al published a study in the American Journal of Sports Medicine that looked at the impact of ACL injuries on defensive lineman’s performance.  What the authors of this study showed was that 61% of defensive lineman were able to return to play following an ACL reconstruction (ACLR).  This is a much lower number than what has been reported previously in both the literature as well as the orthopedic community.  This study further showed that NFL players who had an ACLR started in 24% less games (57% vs. 81%) and had 30% less solo tackles (2.38 vs. 3.44).  These results mean that the player is not only contributing less to the overall team’s performance as a result of the injury but the player’s personal income is also impacted.  Knowing that players at this level get bonuses based on performance, if their performance goes down then so does their personal compensation.

So, is this just isolation?  Is there truly an impact to a player’s performance after an ACLR?  That leads to one of the current studies we would like to examine.  Mai et al published a paper in the American Journal Sports Medicine 2017 titled: Performance-Based Outcomes After Anterior Cruciate Ligament Reconstruction in Professional Athletes Differ Between Sport.

Purpose: In this study the authors wanted to see if there are differences in performance-based outcomes that exist after ACLR between professional athletes of different sports.

Methods: In this study the authors looked at players from the National Football League (NFL), National Basketball Association (NBA), National Hockey League (NHL), and Major League Baseball (MLB) who had undergone a primary ACLR for an acute rupture.  Players were identified through an established protocol of injury reports and public archives. Sport-specific performance statistics were collected before and after surgery for each athlete. Return to play (RTP) was defined as a successful return to the active roster for at least 1 regular-season game after ACLR. 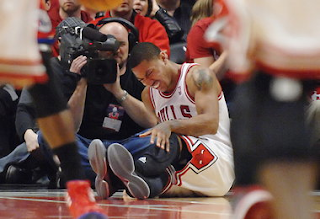 Results: Of 344 professional athletes who met the inclusion criteria, a total of 298 (86.6%) returned to play. Some interesting findings by sport:


Discussion:  These findings provide some interesting points.  We know from the research and injury data that NHL players suffer less ACL injuries than NBA and NFL players.  There are several potential reasons for this including:


In addition to these findings in NHL players, some of the other results that stick out is the impact that an ACLR has to the NFL player.  Based on the results of this study, an NFL player who has an ACLR:


These results can be devastating to an NFL player.  Considering that the average NFL player’s career is only 5 years, this can have a huge impact on their career earning potential.  In addition, if their bonuses from game to game and season to season depends on their performance, if their performance is decreased for 2 years post ACLR, then this also has a huge impact on their long term professional sports earnings.

So, now that we know that most athletes’ performance is impacted by an ACL injury, how do we prevent them?  Stay tuned next week as we explore this question and more.