Throughout the history of this blog, we have talked about how movement assessment can be used in injury prevention and aid in performance enhancement.  The association to sports like soccer, football and basketball are often easy for us to see.  However, sometimes we think there are certain sports that may be immuned to or which this does not have as much application to.  As a fan of MMA (mixed martial arts) and a student of BJJ (Brazilian Jiu Jitsu), coaches and athletes that specialize in these arts often think movement assessment has little application or that the sport is beyond it.  However, these sports more than any other are dependent on quality of motion for ultimate performance and for injury prevention.  Yet those that do use movement assessment for the sport often rely on outdated methodologies and primarily subjective measures.

Looking at the stats related to MMA and ACL (Anterior Cruciate Ligament) injuries we find some interesting key points.  Most would tend to believe that most ACL injuries in the UFC or MMA occur with contact.  A leg kick, knee bar or something of that nature.  However, the reality is that most of the ACL injuries in MMA are non-contact in orientation.  >70% of these injuries occur during a non-contact mechanism in training or during take down in a match.  One of the most common combinations of movements associated with ACL risk is valgus and internal rotation that occurs at the knee.

As depicted here in the basketball athlete, this is sometimes easily seen in single leg stance or single limb activities.  Most often we see this in running, cutting and jumping activities.  Likely we have all seen a news reel or instant replay where a football or basketball player have a cutting movement resulting in these movement patterns and associated ACL injury.  But how does this apply to the MMA athlete and how do we identify?  Often these athletes are in such close contact with one another and the movement occur so rapidly that it is difficult to identify. 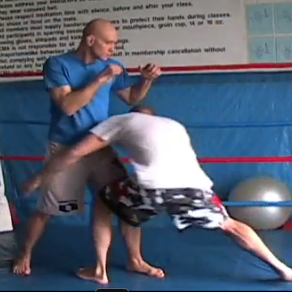 As previously mentioned, the majority of non-contact ACL injuries in MMA occur with takedown.  As depicted in this picture, as the athlete shoots forward with his left leg, grabs his opponent and drives forward with the hips, this is when the injury occurs and usually to the stance leg (in this instance the left leg).  It is the point where you are driving the hips forward that the knee will tend to fall in toward midline.  This position not only creates a valgus stress at the knee but also results in an internal rotation moment.  The combination of these two movements creates a tremendous amount of shearing stress to the ACL and the meniscus of the knee.  Since these tissues are weakest in resisting of shearing forces, this is where a tear or rupture often occurs.  Obviously, optimizing the technique is critical to performing correctly but identifying where the weaknesses are in the system will aid in preventing these pathological movements during. 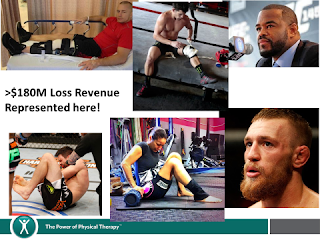 Are knee injuries and ACL injuries that common in the MMA?  This slide here represents just a few of the ACL injuries that have occurred in the UFC over the last 8 years.  Some experts associate injuries to these athletes to equate to ~$118M in lost revenue.  This loss in revenue associated with pay per view losses, sponsorships, etc. associated with each of these fights.  Considering this, >70% of non-contact injuries in these sports (MMA, BJJ, Karate) occur to the lower kinetic chain with the knee representing ~80% of those.  According to Harris et al Sport Health 2013 and Read et al Am J Sports Med 2017, professional athletes who suffered an ACL injury had a decrease across all performance measures after returning to sport following an ACL reconstruction and had a shortened athletic career as a result.  In professional sports, this meant reducing not only their professional career by 2-4 years but also the income they could get during that time (as a result of the decreased athletic performance).  When considering future performance as well as longevity of an athletic career, then obviously prevention of an ACL injury is critical.  Considering the majority of these injuries are non-contact in orientation, then this is why we focus on non-contact injuries.  In addition, non-contact injuries are also the ones that are most dramatically impacted (reduced) when properly identified and trained.  Another aspect that makes MMA so susceptible to lower limb injury is the association of concussion and lower limb injury. 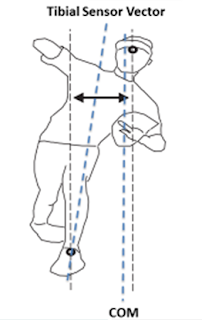 This really started to come to light in 2016 when Brooks et al Am J Sport Med and Gilbert et al Sport Health both published studies showing that athletes who suffered a concussion where at greater risk of lower limb injury.  Not just a little but 1.6 to 2.9x greater risk of injury up to two years post-concussion.  This is despite the fact that cognitive testing (Impact test which is used to determine an athlete’s ability to return to sport) had returned to base line levels.  Considering that concussed athletes were found to be at greater risk of lower limb injury up to 2 years post-concussion, it makes us wonder how we could better test and train those athletes for safer return to play.  The initial studies showed similar results in Division I athletes and further studies by Pietrosimone et al Med Sci Sports Ex 2015, Cross et al Br J Sport Med 2016, Nordstrom et al Br J Sport Med 2016 showed this had similar applications in professional football, lacrosse and soccer players respectively.  Studies are showing that these athletes, despite unremarkable (meaning no signs of concussion) neurocognitive testing, when tested in single leg stance, their performance is greatly altered.  Kristinaslund et al. Am J Sport Med 2013 and Myers et al Am J Sport Med 2012 showed that single limb performance was the single best test for assessing movement associated with successful performance in sport and movement associated with risk.  Further, Howell et al Am J Sport Med 2015 may have discovered some of the underlying cause for altered single limb performance post-concussion.  In this study they found athletes who had suffered a concussion had a greater displacement of their COM  (center of mass) during single limb tasks.  As depicted here, this displacement of COM alters force distribution through the lower limb which alters force production (performance) and force attenuation (injury).  Considering, this not only guides us on how we should assess but also how we should train.

Next week, we will begin the discussion and look at ways we can assess these athletes and how this can guide our training.  If you enjoy our blog, please share the passion and follow us on Instagram @BJJPT_acl_guy or on Twitter at @acl_prevention.


Dr. Nessler is a practicing physical therapist with over 20 years sports medicine clinical experience and a nationally recognized expert in the area of athletic movement assessment.  He is the developer of an athletic biomechanical analysis, is an author of a college textbook on this subject  and has performed >5000 athletic movement assessments.  He serves as the National Director of Sports Medicine Innovation for Select Medical, is Chairman of Medical Services for the International Obstacle Racing Federation and associate editor of the International Journal of Athletic Therapy and Training.   He is also a competitive athlete in Jiu Jitsu.
Posted by Dr. Trent Nessler at 4:00 AM