Over the course of the last couple of weeks, we have been providing some clinical commentary on what we have learned in 20 years of clinical practice and over 15 years in movement assessment.  Specifically some clear conclusions which we have begun to discuss in detail.  These include:
Last week, we began to discuss the need to recognize the flaws in our current methodology and what can we do better.  Knowing the need for efficiency, we also made a couple of suggestions on movements we should assess quickly and how the research tells us we should look at.  Last week, we looked at the single leg squat and single leg hop in detail.  Today, we will expand on that. 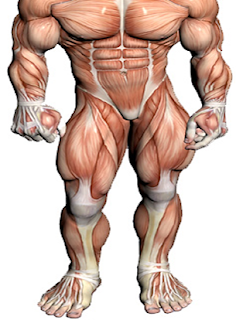 Over the course of the last 2 decades, clinically, I have always felt the core was a key component to stability of the lower and upper kinetic chain.  Using the lower kinetic chain as an example, having a stable surface to pull on, it made sense the quads, hams, gluts, etc could then generate much more force than with an unstable core.  The analogy I always used in the clinic is sitting on a rolling stool is to have a patient pull on you without securing yourself.  They pulled on you and you roll.  Now repeat this and stabilize yourself so you don't roll.  How much more force can they generate pulling on you?  Why?  Because they are pulling on a stable surface.  This analogy applies to the ability of the quads/hams being able to generate more force when they are pulling against a stable surface.  At the same time, providing a stable surface also provides proper length tension relationships for the muscles of the lower quarter which has a direct impact on force production.

Tong et al Phys Ther Sport 14 showed high EMG activity of the core during the plank test.  Looking back at the basics (Nordin & Frankel - Basic Biomechanics of the Musculoskeletal System) we know that 10 degrees of motion of the spine from neutral in flex/ext or rotation puts a lot of stress on the structures of the spine.  If this motion occurs under high loads associated with sport (which range from 4-8 times body weight) that this not only compromises the structures of the spine but also the lower kinetic chain.  Therefore, stability of the spine (within 10 degrees of flexion/extension and rotation) during this test is one thing that should be evaluated.  Norms for this test vary by age and Strand et al J Human Kin 14 have shown what some variations are by age.  For athletes, this should be a sustained position for 1 minute.  During this time, close attention should be paid to the stability of the spine in this position in the previously mentioned motions.

Most people who perform the plank do it incorrectly.  The key to this motion is to ensure the hip and spine are in a neutral position.  As depicted here, training and testing in this position has a much better carry over to upright posturing and is a better indication of true stability in these neutral positions.

In addition to the plank test, another test that should be considered is the side plank test.  Ekstrom et al J Orth Sport Phy Ther 07 showed highest EMG activity in the side plank was with the gluteus medius.  So the side plank is an excellent test for assessing the strength and endurance of the core and the gluteus medius.  Just as noted previously, this test should be assessed for the ability to sustain the position in neutral spine in lateral sidebending as well as rotation.  As stated previously, there are norms published for this test but for most athletes, testing this position should be done for 1 minute time.

The side plank, like the plank is often done incorrectly.  The testing position should be similar to what is depicted here in this picture.  All too often, athletes will position themselves in position that shortens the gluteus medius which will then limit the strengthening of this muscle.  Doing this during the test will decrease the reliability this will have to hypothesis about glut strength, especially in single leg stance and result in less than optimal training carry over to sport.

*Note on Side Plank - over the course of the last 10 years in using this as a part of our testing with athletes, we have found some correlations that we have yet to see in the published literature.  One of those we want to highlight because this is critical to our interpretation and associated intervention.  Depicted here is what we term tibial drop.  The athlete (basketball player) is unable to maintain a neutral ankle position during this test.  This is most likely the result of ankle weakness and in this case, associated with a history of chronic ankle sprains.  If we had not been looking at the feet during a side plank position this would have been missed and the athlete would have scored low.  The hypothesis for this would have been weak glut medius.  The program that would have been implemented may have had some impact but think we would all agree not near the impact as if we addressed the foot/ankle weakness.

Over the course of the last couple of weeks, we have talked about what we should look at.  Hopefully the discussion on single limb testing and core testing provides some insight and guidance on where the literature is leading us.  Next week, we will close out this portion on the movement aspect by looking at the specific research related to some of the fallacies with current assessments we use, what the research tells us and how we can apply.