In the last blog, we looked at the impact nutrition has on the movement.  Logically, it makes sense that poor fuel in the system equal poor performance out of the system.  We know that with our vehicles but expect something entirely different when it comes to our bodies.  This week, we will close out this series looking at the impact of overtraining and sleep.


Repetitions to Substitution, Fatigue and Overtraining 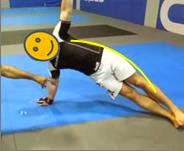 As an athlete performs a given exercise or movement pattern he or she may become fatigued and may  Factors such as those considered above in this chapter and in the previous chapter can contribute to the onset of fatigue in the athlete and lead to changes in movement patterns and strategies.  Sometimes the athlete is aware of compensatory strategies that he or she employs that enable him or her to continue to perform another repetition of a given exercise or movement, (or that enable him or her to simply continue a given activity).  However, many times the athlete is NOT aware of changes that the body and neurological systems undergo that compensate for fatigue and enable him or her to continue the activity.  It is at the point of change in movement after a number of repetitions or after a certain amount of time during activity that we refer to as the point of substitution and it is here that pathokinematics can set in.  Training those compensations simply leads to more compensation when it matter the most.
begin to change how he or she moves in order to compensate for the onset of this fatigue.

Another reason athletes reach the point of substitution during repetitive motion required during   Overtraining occurs when an athlete becomes chronically fatigued due to training too much or too often without allowing the body to recover properly between efforts.  Other factors that can contribute to this state include poor nutrition patterns, poor or inadequate sleep patterns, stress related to work or family and failing to cross train.  The result of overtraining can include a decrease in performance, increases in technical mistakes, decreased tolerance for exercise and/or an increase in time to recover between workouts, and a decrease in overall motor coordination.  All of these can influence an athlete’s likelihood to exhibit pathokinematic movement patterns which can lead to injury, both in the short and long term.
athletic activity is related to fatigue and is called “overtraining”.

Signs of overtraining can be physiological, psychological, immunological, biochemical,[i] and of particular interest as it pertains to this book, biomechanical.  Physiological signs include severe and on-going fatigue, inability to sleep well or for the needed amount of time, loss of or increase in appetite, unexplained weight loss or gain, change in VO2 max during sub-maximal efforts, decrease in lactate threshold, increased blood pressure, heart rate or respiration rate during sub-maximal effort, increased perceived rate of exertion (PRE) during exercise, and an increase in resting heart rate upon rising first thing in the morning.  Psychological signs include mental fatigue, mood changes, depression, irritability and lack of motivation, increased sensitivity to stress and inability to concentrate.  Immunological responses to overtraining can include a depressed immune system which can lead to more frequent and more severe illnesses and a longer period of time to recover from illness.  Biochemical signs can include increased levels of cortisol (the stress hormone) in the blood, a change in the ratio of cortisol to free testosterone in the blood, changes in blood serum levels of iron, hemoglobin and ferritin (protein that stores and controls the release of iron), and decreased glycogen stores in muscle tissue.[ii]

Biomechanical signs include the inability to perform the movements required for the sport or exercise with proper form and technique.  In other words, in the case of an overtrained athlete, pathokinematics can be a direct result of fatigue of the entire system (the athlete him or herself) or fatigue of a specific muscle or muscle group that is targeted during a given exercise or sport.  These changes in biomechanics can lead to compensatory movements that enable the athlete to perform the movement or exercise as required, which can lead to injury.  Or in severe cases, overtraining related fatigue can lead to changes in biomechanics that ultimately prevent the athlete from performing the movements or exercises at all.

In light of this discussion, it is important to note that the mere presence of some of these signs in isolation does not necessarily mean that the athlete is “overtrained” in the technical sense.  The true measure of overtraining is whether or not training performance is impaired or improvements in performance are limited or plateau, as measured by speed, strength, agility, power output and the like.[iii]

Lately there has been a plethora of research into sleep needs for athletes, particularly endurance athletes who are training many hours each week.  Latest findings suggest that most athletes require more than normal amounts of sleep prescribed for moderately active individuals.  Research indicates that more sleep results in better overall sports performance for most athletes, and a reduced likelihood of injury.  Why might this be true?

Research shows that an overall reduction in sleep below levels needed for a given individual, or what is commonly called sleep deprivation, can lead to a reduced ability for the body to synthesize glycogen (glucose that is stored in the muscles and liver and used for energy by the athlete’s body) which is especially important for endurance athletes; a reduction in the production and use by the body of human growth hormone which is needed for repairing tissue and muscle growth after heavy exertion; and an increase in the amount of cortisol which is a stress hormone that hinders recovery in athletes.

One study shows that sleep deprivation can lead to a slowing of metabolic rate, particularly glucose metabolism by as much as 30-40 percent.[iv]  Eve Van Cauter, PhD., from the University of Chicago Medical School found in a study of sleep duration in men aged 18-27 that those who slept only four hours per night for just one week showed higher levels of cortisol and abnormal glucose levels.[v]  Higher levels of cortisol in the body may impact recovery rates and training response.  Additionally, the inability to recover and rebuild after and during training can ultimately lead to overtraining, which as discussed above can predispose the athlete to injury.

In looking at these findings, we can see the obvious impact sleep deprivation can have on performance as well.  A study conducted by Cheri Mah of the Stanford Sleep Disorders Clinic and Research Laboratory with female tennis players found that increased sleep led to faster sprint times and more accuracy on the tennis court in placing shots.  Mah’s studies also showed improved performance with increased sleep for both the men’s and women’s swim teams and the men’s basketball team.[vi]  Again, this finding can be correlated to the release of human growth hormone by the body which helps grow muscle, repair tissue damaged during exercise, build bone mass, burn fat and improve recovery rates and results.  When the body doesn’t recover fully between workouts, it is not only more prone to injury, but also will have limited ability to produce power, maneuver quickly and employ adequate response times, perform at speeds required by the sport, and employ mental and emotional focus.  Certainly, for the endurance athlete, the rest and recovery that occurs during sleep is critical for simply being able to maintain the length of and intensity of training sessions required to adequately participate in the sport and prepare for competition.

There is much debate about how much sleep is actually needed by any given individual for optimal functioning in daily activities and sports.  Guidelines suggest that if you can fall asleep within a few minutes of going to bed and wake up without an alarm, then you are getting the ideal amount of sleep.  Some estimate this to be approximately seven hours for most adults.  Obviously, those athletes involved in heavy training of several hours per week will require more for adequate recovery as a rule.

Most athletes will need to experiment with the amount of sleep they get in order to find the optimal amount for them, their sport and the requirements of their training routines and schedule.  In addition to varying by individual, sport and daily or weekly schedule, the amount of sleep required for optimal performance and the fastest recovery rates will vary also vary by season.  Consequently, sleep needs, like nutritional needs and training protocols will need to be “periodized” in order to align with the demands of the sport and the demands of the season that the athlete finds him or herself in.  In other words, during periods of heavy training, the athlete will need more sleep and during periods of lighter training, less.  Also, during periods of heavy competition, it is important for the athlete to get more sleep due to the demands of competition, including stress, travel, sleeping in unusual or uncomfortable places, and other disruptions in routine, nutrition, etc., that can impact performance, cause fatigue, lead to overtraining and possibly even lead to injury.

Ultimately, getting adequate sleep is as important as every other part of an athlete’s physical and mental fitness program.  Athletes and their trainers and those assisting with rehabilitation when injury has occurred need to encourage their athletes to:


·       Treat sleep as an important component of the daily routine


·       Increase allotted sleep time based on the needs of the period:  season, month, week, competition schedule


·       Nap during the day if needed, particularly after intense or long training sessions


·       If other obligations arise and compete for time, don’t compromise on sleep.  It is just as important (maybe more so) than any other part of training.


·       Monitor signs of overtraining or sleep deprivation carefully, including:


o   Athletic performance measures such as power, speed, agility, accuracy, endurance and others.

Many sports performance consultants, authors, coaches and athletic trainers today espouse that if an athlete wakes up in the morning and simply has a “thought” or “feeling” that they are too tired to work out that day, or have a general lack of motivation, then that is a signal of potential overtraining and/or sleep deprivation which can limit performance and potentially set the athlete up for injury.  It is at these times that the athlete should be encouraged to “listen to their body” and simply take the day off.