Here are some interesting facts gleaned from this study.  When looking at the core, making the association to reduction low back injuries is clear.  However, rarely do researchers or clinicians make the correlation to core strength and endurance to lower kinetic chain or upper kinetic chain injuries, let alone performance.  Rarely do people see the correlation of core strength and endurance to performance enhancement in an athlete that is predominately lower limb driven (football, soccer, etc).  The correlation of core strength to the performance enhancement of the overhead athlete (baseball, tennis, etc) is rarely if ever realized by most. This is despite the fact of numerous papers have been published in this area for well over 15 years. 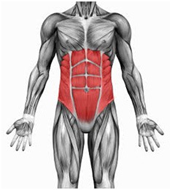 Based on the body of evidence and continued research, Kibler et al in their book Sports Medicine published in 2006, went on to further suggest that stability of the lumbopelvic region provides stability for distal mobility.  In other words, stability of the lumbopelvic region provides a stable platform from which one can generate more force.  So, if you have slop in the core, then the lower kinetic chain cannot optimize it’s force production nor provide an efficient system for transferring kinetic energy from the lower kinetic chain to the upper kinetic chain.  Hence weakness in this system leads to decreased force production and decreased kinetic energy transfer which has a net result of decreased pitch velocity.

So, what does this mean for pitching?  Simply, poor strength and endurance of the lower kinetic chain and poor core stabilization equals decreased pitching velocity.  So, we see that poor core stabilization has an impact on pitching velocity but does poor core stability add to poor team performance?  Here is where it gets exciting!  In looking at this question, we have to ask ourselves, in baseball what are the factors impacting pitchers that will impact overall team performance?  Looking at this in detail we can see that team’s who’s pitchers are on the disabled list (DL) have decreased seasonal performance and pitchers who have less strikes and more walks also have decreased seasonal performance.  In papers published in the Journal of Applied Biomechanics and the American Journal of Sports Medicine by Aguinaldo et al in 2007 and 2009 respectively, they found that players who had an increase in trunk rotation and increase in lateral trunk lean also had an increase in shoulder axial rotation (which increases stress to the rotator cuff and labrum) and increase in valgus stress at the elbow (increase stress to the ulnar collateral ligament).  In other words, the lack of core stability seen in players during the pitching cycle resulted in increased loads to the shoulder and elbow.  These increased loads place these players at increased risk for shoulder (rotator cuff and labral tears) and elbow (UCL tears or Tommy Johns surgery) pathology.  These results would suggest that they would spend more time on the DL due to shoulder and elbow injuries.

To drive this home further, in 2011, Chaudhari et al published a paper in the Journal of Strength and Conditioning Research showing that professional baseball players who had increased lumbopelvic control pitched a larger number of innings in a baseball season and had few walks & hits per inning than those who had decreased lumbopelvic control.  The results of all these studies suggest that improvement in the core results in decreased risk for injury, improved individual performance and improved team performance.  In this most current Chaudhari study, they looked to see if poor lumbopelvic control would lead to increased likelihood of injury.  So lets take a little closer look at this study.

Methods:  In this study they assessed 347 professional baseball pitchers for lumbopelvic control (via the single leg raise test) during the last 2 weeks of spring training.  Throughout the season each team’s medical staff recorded days missed for each player.  At the end of the season, each of the participant’s data was collected and total number of days missed was compared with pre-season lumbopelvic control measurements.

Discussion:  Although there was not enough data to break it down by body part to determine areas which were at greatest risk for injury as a result of poor lumbopelvic control, the authors were able to conclude that those with poor control are at a much greater risk for injury.  Knowing that those with poor lumbopelvic control were at greater risk and spent more time on the DL, reviewing of all the injury data could give us some insight of where the majority of injuries did occur.  For all the players that were injured during the season,  30.6% of the injuries were of the upper kinetic chain (back/trunk/elbow/shoulder).  So although the authors could not break it down by body part for comparison, we can see that they were much less likely to suffer an upper kinetic chain issue since this is where the majority of injuries occurred. 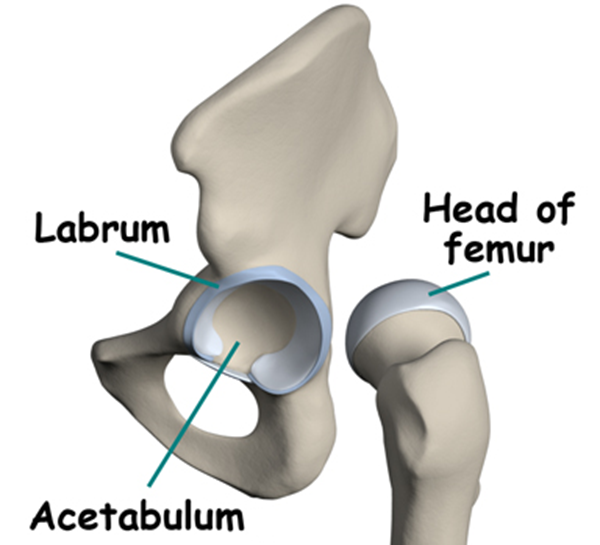 So, we know if you have poor lumbopelvic control that you are at higher risk for injury, you will spend more days on the DL, your velocity will be less and you will have less strike outs and more walks.  So, can you reach your full athletic potential without core training?  Before we answer that, there is another interesting recently published study that may or may not feed into this debate.  Pullen et al published a paper in the American Journal of Sports Medicine in 2014 that looked at variability in acetabular coverage between supine and weightbearing.  We will dive into this paper in future blogs but the results suggest and the authors concluded that acetabular coverage is different in supine versus weightbearing.  This variance is the result of an increase in posterior pelvic tilt that occurs in a weighbearing position.  Poor core stabilization or control will result in alterations in pelvic tilt in weightbearing postures and not only change acetabular coverage (which puts athletes at risk for hip pathology) but will also alter length tension relationships for the entire lower kinetic chain.  This alteration will lead to further decreases in force production and kinetic energy transfer across the system.

So, can you reach your full athletic potential without core training?  The research would suggest that you cannot reach your full potential and that the team performance may also suffer from your lack of core control!  We hope that you found this blog insightful and useful.  As we stated previously, stay tuned and if you like what you see, SHARE THE PASSION!  It is the biggest compliment you can give.  Follow us on Twitter @ACL_prevention and tweet about it.  #DMAOnTheMove and help us spread the passion and #movementonmovement.