Part II – What We Thought We Knew
In last week’s blog, we talked about 3 different studies looking at the impact knee surgery or ACL reconstruction has on athletic performance.  2 studies indicated that there was a substantial impact and one that showed that there was not.  So, why the difference and what is the real answer. 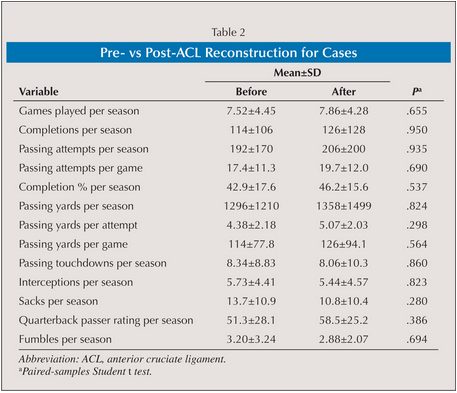 First we must compare the studies.  We have 2 studies that show that there is or there is potentially an impact on performance and one that says there clearly is not.  When comparing the studies, sample size is one thing we must look at.  The larger the sample size a study has the more statistically significant the results are.  The sample size (or N) of the McCullough et al and the Aune et al studies was much greater than the Erickson et al study.  A sample size of 13, as in the Erickson study, does not typically convey strong evidence simply due to the small size.  So, does this account for the variance?  Not necessarily, however it is one variable that we must take into consideration.  However, I think the answer may be right in front of us and a little clearer than looking at statistics.  If you look at the performance variables in the Erickson et al study that were assessed, they are primarily related to passing.  Although the lower kinetic chain has a significant impact on the upper extremity and passing ability, that impact is not as significant or profound as it would be on sprint speed or agility. 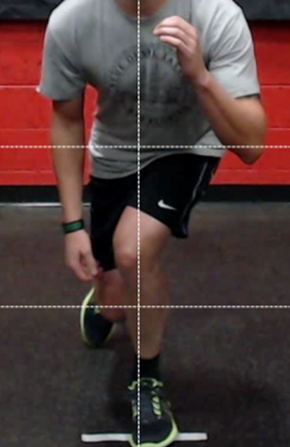 So, when we look at the McCullough study, they measured player’s self-assessment of ability.  This included self-report of confidence on the limb, agility and speed.  Although this is not a direct measure, knowing that psychology has a huge impact on performance, a self-report of an athlete’s ability tends to be a reliable measure.  This is especially true when dealing with higher level athletes like the DI athletes assessed in this study.  According to the authors, all three of these factors were significantly impacted upon return to sport.  This would also correlate to what the Aune et al study reported.  The study reported that speed position players were 4.0 times less likely to return to sport than non-speed position players.  Although the study did not look at the causative factors for this, we can speculate, based on previous studies that this is due to the impact on performance.  In these players, the impact on lower kinetic chain and lower kinetic chain mechanics has a much greater influence on performance than in other players.  When we look at the player represented in this picture, we can clearly see how these mechanics being represented post ACLR could impact his potential for a future injury.  We can also clearly see how these mechanics would also impact kinetic energy transfer across the system as well as force generation.  When times are measured in 10ths of a second, maximizing kinetic energy transfer and explosive power is critical.  What we see here is that as this player pushes off, his knee moves into an adducted position with the net result being a loss of kinetic energy and explosive power.  This not only occurs with take-off but continues with every time the foot contacts the ground and propels the athlete forward.   When viewed from this perspective, one can easily understand how this would and could impact future performance in both speed and agility.
However, for some, nothing is proven until it is proven in the research.  This being the case, both the McCullough and the Aune study are some preliminary indications of the impact on performance.  However, to measure true impact on sprint speed and explosive power, we must measure sprint speed and explosive power.  Until we have a study which measures pre/post injury or surgery sprint speed and explosive power and compare that to controls, then many authors will try to conclude that there is not an impact on performance.  But, we don’t know what we don’t know unless we measure.
Build Athletes to Perform…Build Athletes to Last!™