In our previous two articles we talked about some common orthopedic injuries that occur with running and how fatigue impacts running mechanics and what the implications of that may be.  This is all great information but what does it mean?  Specifically, how does it impact how we assess a runner and how does it guide our interventions?  In this article we will look at running assessments, specifically those performed on a treadmill. 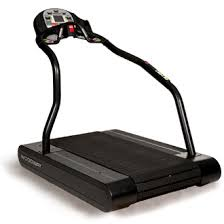 Over the course of the last 10 years, there has been an explosion of running stores and providers offering running assessments.  All of these assessments are done on a treadmill and are usually done with visual observation and/or video capture.  This has been somewhat of a controversial issue in the field of biomechanics for several reasons.  First and most pressing is it has been speculated that ground reaction forces that are encountered when running on a treadmill are not the same as they would be in overground running.  Obviously there is an impact on ground reaction forces with the change surface (ground vs. tread).  Aside from that there is some question about the impact on ground reaction forces with a surface moving toward you (tread) vs. you moving toward the surface (overground).  This has lead to many providers using a Woodway treadmill.  These treadmills are more expensive but the tread is powered by the person running on it.  The thought process would be that this would negate the issue associated with the change in way the ground reaction forces are applied. 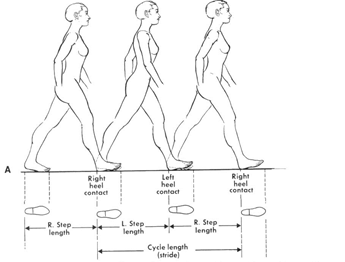 Another controversy is the change in kinematics with running on a treadmill vs. overground.  With the current design of the majority of the commercial treadmills, you have a plate at the front.  This prevents the runner from achieving a natural heel strike (for fear of hitting plate) which decreases overall stride length.  In taller individuals, this can also have an impact on toe off (for fear of falling off the end of the treadmill) and also negatively impact stride length.  Changes in heel strike and toe off will greatly impact both ground reaction forces and won’t provide the examiner with a true picture of running form.  There are also some studies looking at running gait in soccer players.  Soccer players tend to naturally be forefoot strikers vs. heel strikers.  However, if you assess a soccer player on the field who is a forefoot striker, they will present as heel striker during running on a treadmill.
However, a study by Riley et al in 2007 showed that both ground reaction forces and kinematics were not changed when comparing overground walking versus treadmill walking.  From this, the authors concluded that treadmill gait analysis was in fact a valid assessment.  But, there are changes in stride length with running, so is this truly a fair comparison if a treadmill is used to assess running gait versus overground?  In 2010, in the Journal of Applied Biomechanics, Fellin et al attempted to answer that question.  In their study, they showed similar results.  The authors showed few changes in ground reaction forces and kinematics when comparing treadmill gait and overground ground reaction forces.  That said, there is one major flaw with both of these studies. 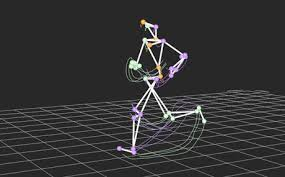 With the advent of video technology, many providers offer gait assessments using video technology.  With advanced 2D technologies such as Dartfish, it has provided clinicians with an invaluable tool to assess human gait.  In the hands of a skilled clinician, with this type of technology it allows the clinician to slow down very fast and complex movements to make a much better interpretation of these often missed complex movements.  This video analysis is not only a key component of the overall assessment, but is also critical for the patient to be able to visually see their movement.  Doing so facilitates patient buy in and also helps in the motor learning aspects that must occur to change the movement.  All that said, we must also keep in mind that 2D does have it’s limitations.  Although there have not been specific studies comparing 2D technology to 3D technology, those using must be aware of the limitations with.  These fall into 4 general categories:
·        Angle measurements – the gold standard for angle measurements is a goniometer and has a margin of error of +/- 5 degrees.  Accurate measurement depends on the skill of the clinician as well as the ability to palpate bony landmarks.  Without palpating bony landmarks, assessment of angles is based off visual only and is therefore much less accurate.  Margin of error has been shown to be 10-15% when compared to biomechanics lab.
·        Rotational measurements – rotation would include pure rotation as well as movements that have a component of rotation.  This would include supination, pronation, circumduction, and internal rotation to name a few.  Although some form of rotation may be observed, measurement of using a 2D technology is not accurate.
·        Standardization – without a standardized protocol, any changes in movement may not be actual improvements but rather the result of a variance in the test procedure.  This can include anything from where the camera is placed, to sequence of testing or the examiner who performs the test.
·        Camera placement – camera placement is critical in assessing movement with 2D technology.  Especially when trying to determine movement patterns simply not having the camera plumb, level or in line with the patient will dramatically throw off any measurements that are made. 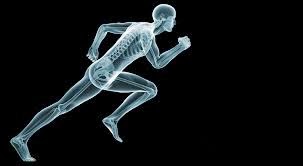 Running assessments provide invaluable information.  When combined with 2D technology, it is allows us to truly assess in a way which we have not been previously able to.  With that, we have to be aware of the limitations of assessing an activity that typically occurs overground to assessing it on a treadmill.  We must also be cognizant of the limitations that are encountered with 2D technology when used to assess 3D motion.  As an athlete, something’s to consider when having a running assessment.


·        What is the motivation of the assessment?  Is it to sell you a particular type of orthotic or shoe vs. determining a course of treatment?
·        How long has the evaluator been doing the assessments?
·        Are they using a commercial treadmill?
·        Do they have a standardized protocol they use for the assessment?  Not just the way the assessment is performed but also where the camera is positioned, etc
·        How will progress be measured?  Is it by measurements taken by 2D video or in combination with other tests/procedures?
In our final article, we will discuss movement assessment and movement correctives geared to addressing some of the most common deviations.
Posted by Dr. Trent Nessler at 7:48 AM