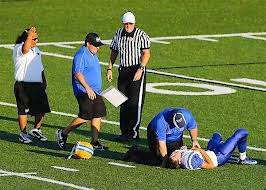 Anterior Cruciate Ligament (ACL) injuries are some of the most common and costly injuries in sports.  According to Joseph et al in a recent study published in the Journal of Athletic Training, knee injuries account for 60% of high school sport related surgeries and ACL injuries account for >50% of all knee injuries suffered in high school athletics.  In their study, they obtained data from over 100 high schools for a 3 year period.  Based on the number of ACL injuries reported in this data, they were able to calculate an injury rate which came out to 6.5 ACL injuries per 100,000 AEs (athletic exposures).  If this injury rate is applied to national high school athletic data during this same period of time, then this equates to 215,628 ACL injuries over the 3 year period or 71, 876 ACL injuries/year.  The national average cost for ACL surgery is between $25,000 and $50,000 and according to the above study, only 76.6% of the ACL injuries required surgery (or 55,057).  That means in high school athletics, this is an annual cost between $1.3B and $2.7B/year for ACL surgeries amongst high school athletes.   This does not include the cost of those that are reinjured in 2 years (20% according to some studies) nor those that have complications down the road from osteoarthritis (79% have OA in 12 years).  According to this study, it also showed the sports with the highest injury rates were women’s soccer (12.2 per 100,000 AEs), boy’s football (11.1 per 100,000 AEs) and girl’s basketball (10.3 per 100,000 AEs).


With such high incidence of ACL injuries amongst high school athletes and knowing that they are at risk for re-injury and osteoarthritis down the line, it is important to make sure we are making the right call when returning an athlete to sport following an ACLR (ACL reconstruction).  Yet, there is not much in the literature that quantifies when it is appropriate to return to sport and a lot of different opinions on when it is appropriate to return to sport and what testing should be done to make the determination.  According to McCullough et al, only 63% of HS and 69% of college football players return to sport following ACLR.  Of those only 43% returned to the same level.  So although this is a common injury and a common procedure, there is a lot of variance in one’s ability to return to sport.  What makes the difference between an athlete returning to sport and not?  In the November issue of the American Journal of Sports Medicine, that is exactly what the authors of the study entitled: A Qualitative Investigation of the Decision to Return to Sport After Anterior Cruciate Ligament Reconstruction: To Play or Not to Play, tried to determine.


Methods: All patients between the ages of 18-40 years of age (N=31) who had an ACLR with a minimum of a 2-year follow up and preinjury participation in a sport were included in the study.  All surgeries were performed by the same surgeon between 2002 and 2010.  A 30-45 minute interview was performed by a single examiner with each participant using a study specific question guide distilled from the sports medicine, psychology and quantitative studies.  Both a Marx activity score and perceived knee scores were obtained as secondary outcomes.


Results:  During the 3 month period, 31 patients were interviewed (15 18-29 years old & 16 30-40 years old).  64% of patients had not returned to previous level of sport (defined as same type sport, level of play and Marx activity score) and 36% had.  Three overarching themes emerged that determined return to play.


·        Fear – most frequent reason for players not returning to preinjury level and type of sport was fear.  Fear of reinjury, fear of pain, fear of being debilitated and fear of added financial burden.


·        Personality – those who did not return to their preinjury level described themselves as being cautious, having relaxed outlook, being procrastinators and having a lack of self-confidence.


·        Sample size = 31.  This is relatively small sample size considering this was to include all ACLR done by one surgeon over an 8 year period.


·        Age range – 52% of the participants in this study were over the age of 30.  69% of this group did not return to sport.  Considering this, there are several things that may influence return to sport decision in this group that would not be considered by the other.


o   Life Stage - this age group is going to be in a much different stage of life and very different life responsibilities (career, family, children) than the younger age group.  This may greatly influence one’s willingness to return to sport.


o   Financial impact – this age group are also typically further along in their career and an injury greatly impacts their ability to work and hence their financial contribution to the family unit.  This may also greatly influence one’s willingness to return to sport. 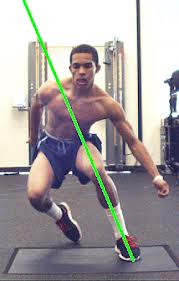 Considering the there are things we can do in the clinic to mitigate patient’s fear with return to
sport.  Since this was the most frequent reason listed for not returning to sport, there are a lot of ways to reduce fear clinically.

·        Early onset of single leg activities.  Getting a patient to do single leg activities early (within protocol) and often.  Building the confidence in the limb as soon as possible so that they can see putting weight on the leg will not result in re-injury.  Sounds basic right?  Unfortunately it is not.


·        Intensity of training – implementing higher level of intensity earlier in the protocol (as long as within protocol) will help in boosting confidence that they are training for return to sport.  When they feel like they are getting a workout similar to what they did in sport, the more confident they become that they will be prepared.


·        Rehab vs. coach – all too often, clinicians forget you are just as much a clinician as you are a coach.  There is a tremendous amount of psychology that goes into coaching great players into becoming exceptional players.  If this same psychology is applied clinically, then the athlete’s confidence is boosted.


So as a clinician, you have just as much an impact on the athlete’s ability to return to sport as the some of the psychological factors feeding into their not returning.  So, it is not just above the shoulders of the athlete but the clinician as well!


2.      Tjong V, Murnaghan L, Young J, Harris D.  A Qualitative Investigation of the Decision to Return to Sport After Anterior Cruciate Ligament Reconstruction: To Play or Not to Play.  Am J Sport Med.  2013 (published online before print).