What is the Subsequent Rate of Surgery and Predictors After Previous ACL Reconstruction? 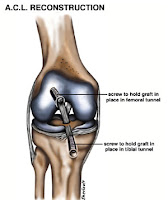 In the July issue of the American Journal of Sports Medicine, there was a great research study published called The Rate of Subsequent Surgery and Predictors After Anterior Cruciate Ligament Reconstruction.  In this particular study, the authors were looking at the rate of all subsequent knee surgeries following a primary ACL reconstruction (ACLR) at 2 and 6 years post initial surgery.  In studies of this nature, they do a retrospective analysis of data provided by a MOON (Multicenter Orthopedic Outcome Network) group.  In simplistic terms, this is a group of orthopedic centers that are reporting their data for these types of studies in order to provide a N value (number of subjects) that allows for conclusions to be made based on statistically significant data.


Previous MOON group studies have provided some great data related to ACL injuries.  Recently published results of a multi-site study indicated that 20% of females who have an ACLR will have a second one within 3 years.  In a 12 year follow up study published in 2012, investigators found that 79% of those who had an ACLR had osteoarthritis on the involved side.  So this study looking to see what is the rate and predictors of all subsequent surgeries at short term and midterm follow-up.  Using this information, can we identify those more at risk for subsequent injury? 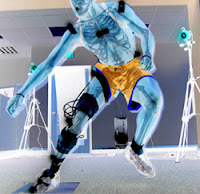 In the US alone, there are well over 200,000 ACLR annually.  The cost associated with this initial injury is astronomical, over $5B.  That being said, 5.8% will re-rupture their ipsilateral ACL and 11.8% will rupture their contralateral ACL within 5 years of the initial injury.  Predictors and causative factors for this re-rupture are not known.  Yet, the rupture of the ACL is not the only knee injury that these patients are more susceptible to.  Knowing what other injuries occur, the rates of these injuries along with predictors for these may provide us with the knowledge to prevent life altering pathology and aid in reducing those who suffer OA later down the line.
In this study, 980 patients were prospectively enrolled in a MOON cohort from Jan. 2002 to Dec. 2003.  The 2 and 6 year follow-up information for all subsequent procedures was obtained, operative reports reviewed and procedures categorized.  What was found was that 185 underwent subsequent surgery on the ipsilateral leg (18.9%) and 100 on the contralateral knee (10.2%) at the 6 year follow-up.  On the ipsilateral limb, 13.3% had cartilage procedures, 7.7% ACL revision and 5.4% arthrofibrosis.  For the contralateral limb there was a 6.4% rate of primary ACL ruptures.
Based on this, authors concluded that ipsilateral vs. contralateral ACL tears occurred at similar rates (7.7% and 6.4% respectively) at 6 year follow-up following a primary ACLR.  They also concluded that 18.9% of patients underwent subsequent surgeries on the ipsilateral knee 6 years after a primary ACLR.  The only 2 risk factors that were identified in this study were age and use of allografts.  So the younger someone suffered a primary ACLR and if an allograph was used, they were at a higher risk. 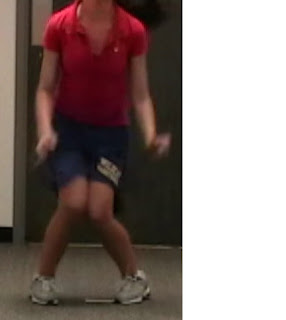 So, what does this mean and what is the take home for us.  First, is that when making the decision on whether or not to have an allograph, hamstrings graft or patellar tendon graph, at least according to this study, if you choose an allograph you are more likely to have subsequent surgeries down the line.  Second and more profoundly, is that if you have an ACLR earlier in life, you are more likely to have subsequent surgeries and OA down the line.  That said it again highlights why prevention of these injuries is the key.
This study, as well as others highlights the importance of being able to identify those at risk.  One major flaw in studies of this nature is that we evaluate demographic (age/gender) and physiological information (weight, graph type) related to the patient and attempt to deduct risk factors based on.  Yet, these types of injuries and subsequent injuries are “movement” related injuries.  Yet, movement is the one thing we don’t look at as a causative factor.  No matter how good the surgery is or the age of the athlete, if they move like the athlete above, anyone can see she is at higher risk for re-injury.
What can we do today to impact the lives of our athlete’s tomorrow?
About the author:  Trent Nessler, PT, DPT, MPT.  Trent is a practicing physical therapist with 14 years in sports medicine and orthopedics.  He has a bachelors in exercise physiology, masters in physical therapy and doctorate in physical therapy with focus in biomechanics and motor learning.  He author of a textbook “Dynamic Movement Assessment™: Prevent Injury and Enhance Performance”, is associate editor of the International Journal of Athletic Therapy and Training, Member of the USA Cheer Safety Council and founder/developer of the Dynamic Movement Assessment™.
Reference:
Hettrich C, Dunn W, Reinke E, Spindler K.  The rate of Subsequent Surgery and Predictors After Anterior Cruciate Ligament Reconstruction.  Am J Sports Med.  41:1534-1540. 2013.
Holm, I; Oiestad, B; Risberg, M; Gunderson, R; Aune, A.  No Difference in Prevalence of Osteoarthritis or Function After Open Versus Endoscopic Technique for Anterior Cruciate Ligament Reconstruction: 12 Year Follow-up Report of Randomized Controlled Trial.  Am j sports med.  2012; 40:2492-2498.
McCullough, K; Phelps, K; Spindler, K; Matava, M; Dunn, W; Parker, R; Reinke, E.  Return to High School – and College-Level Football After Anterior Cruciate Ligament Reconstruction: A Multicenter Orthopaedic Outcomes Network (MOON) Cohort Study.  Am j sports med.  2012; 40:2523-2529.
Posted by Dr. Trent Nessler at 6:00 AM