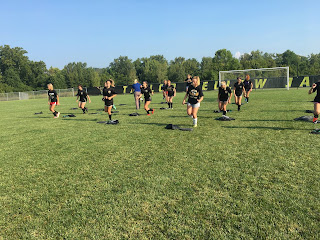 Last week we looked at a study by McGuine et al Am J Sport Med 2017.  In this study, the authors showed that if an athlete specializes in a sport that they are more likely to suffer a lower extremity injury than athletes who do not specialize.  As a parent or coach, we may push our young athlete to specialize in sport thinking that this is going to help them perform better in the sport and increase their likelihood of succeeding in that sport.  What that means is different for everyone.  It may mean that they just perform better or that they make the varsity team or that they will improve the likelihood that they will get a college scholarship.  At the same time, many of us do not realize we are actually putting them at great risk for injury.  According to Rugg et al Am J Sport Med 2014, if an athlete suffers a knee or ACL injury prior to a division I career, they are 8 times more likely to suffer a knee injury or ACL injury during their Division I career.  This pure fact is preventing some university's from recruiting athletes with a previous knee history.  So, instead of helping our athlete, we may actually be jeopardizing their chances for a athletic scholarship.

What if I told you that athletes that specialize actually do not play better than athletes that play multiple sports.  Sound counter intuitive doesn't it? 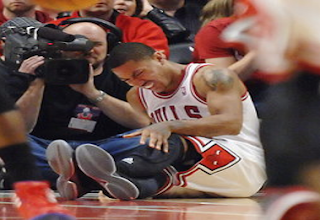 Purpose:
The purpose of this study was to determine if National Basketball Association (NBA) players who play multiple sports as adolescence are less likely to get injured.  In addition, do these multisport athletes have higher participation rates in terms of games played and career length over their single sport athlete counterparts.

Methods:
First round draft picks from 2008-2015 in the NBA were included in this study.  From publically available records from the internet, the following data for each athlete was obtained:

What does this mean?  Simply stated that this appears to show that multisport athletes played more games per season, had longer NBA careers and were injured less.  Although this is a good sample size and over 7 year period, the number of multisport athletes is still relatively low.  Was this 15% purely representative of those freakish athletes that were just super talented and could play any sport no matter what?  That is hard to say.  Or is it that as a result of them playing multiple sports they are freakish athletes?  More likely, it is a combination of the two. 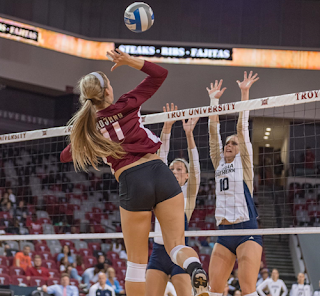 One thing we do know for sure is that multisport athletes due get injured less than single sport athletes.  We also know that by playing multiple sports, the training effect is much greater.  Those athletes who play multiple sports have a better kinesthetic awareness, better neuromuscular control, better agility and overall better athleticism.  Just like cross training, better prepares you physically rather than just doing one form of training, so does playing multiple sports.  That is why you see so many athletes today adding cross training to their routines.  In the off season, they are not playing their main sport, but rather biking, lifting weights, swimming.  We know this adds to recovery and helps to strength areas of weakness that may not be addressed during normal seasonal performnce of our sport.  Anecdotally, we have seen this in the clinic and now we are starting to see this represented in the research.  Just because we do not have a plethora of studies showing us this, it does make sense both from a physiological, neurological and psychological perspective.

So, the next time you have an athlete or parent thinking about playing a single sport, keep this in mind.  Single sport athletes get injured more and may not perform as good as multisport athletes.


Help us ring in 2020 sports season right by spreading the word and helping to prevent athletic injuries. #ViPerformAMI #ACLPlayItSafe #ResearchThatWorks