In this series we have been talking about kinesiophobia (fear of movement) and specifically how this is related to an increase in risk reinjury with athletes returning to sport.  In the last blog, we provided a case study with an athlete that was being assess for return to sport specific testing. 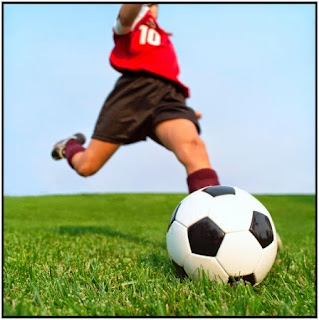 19 y/o female division I soccer player who is 5 months post op R ACLR.  She has been receiving "accelerated" rehab in an aggressive sport specific training center in Florida.  She is being assessed for return to sport specific training.  We are engaged by the team to do our movement assessments which is an aggressive movement assessment (ViPerform AMI) using 3D wearable sensors.  This test consist of:

At the 5 month mark, most s/p ACLR should be able to perform the test.  Part of the pre-requisites for the test is that the athlete must have performed each of the movements safely in the clinic prior to testing.  When asked to do a single leg squat, you could visibly the athlete was hesitant to perform but did and safely.  When asked to perform a single leg hop, the athlete's hesitancy increased, she started sweating profusely and began to feel light headed.  This is an extreme case of kinesiophobia!  But why did she have this kind of response?

This could have been avoided if several things had been done prior to the test.
As simple as that sounds, neither of these were done in this case.  More importantly, the athlete had only begun to do single limb training a week prior to testing.  So, the athlete only began to do single limb testing just a week prior to testing and had never done single leg hops at all.  So, in the athlete's mind, this was not only the first time they had done this but also was similar to the mechanism by which they injured their knee initially.  No wonder she was having an extreme case of kinesiophobia.  She was set up for failure.

Trends we have been seeing for the last several years in athletes with high levels of kinesiophobia are:
The first of our findings were confirmed recently in a study by Noehren et al Am J Sports Med 2018.  In this study the authors had athletes who were post op ACLR do a Tampa Scale for Kinesiophobia (TSK) and perform a drop jump from a 12 inch (30.48 cm) box onto a force plate.  What the authors found was that athletes who reported high levels of kinesiophobia on the TSK also unloaded their involved side during a drop jump test.  This is very similar to what we have been seeing with a lateral shift.  Athletes with higher levels of kinesiophobia demonstrate a shift away from the involved limb.  The problem with this is we would see this also carried over into their training.  So the athlete that demonstrates this in a body weight squat would also demonstrate this, sometimes even exaggerated, during a squatting motion under load.  So is it the kinesiophobia that leads to the shift or the shift that leads to the kinesiophobia?  Although we don't know this answer, we do know we can positively impact both.

The other two trends we tend to see, difficulty controlling amount and speed of frontal plane motion has not been proven in the research yet but is something that we see quite often.  This is also something that we are currently researching in our work in assessing athletes for return to play.  That being said, what we see is that athletes who have high levels of kinesiophobia have greater degrees os valgus during single leg squats, single leg hops and single leg hop plants.  What we also see is that these same athletes have higher speeds at which they fall into a valgus position during single limb testing.

This is great information to have but how do we change it?  Next week we will dive into how we can train an athlete to reduce a lateral shift, amount of valgus in single limb activities and speed and positively impact kinesiophobia.  We hope you have enjoyed this discussion and stay tuned as we continue the discussion.   #ViPerformAMI #ACLPlayItSafe


Dr. Nessler is a practicing physical therapist with over 20 years sports medicine clinical experience and a nationally recognized expert in the area of athletic movement assessment and ACL injury prevention.  He is the founder | developer of the ViPerform AMI, the ACL Play It Safe Program, Run Safe Program and author of a college textbook on this subject.  Trent has performed >5000 athletic movement assessments in the US and abroad.  He serves as the National Director of Sports Medicine Innovation for Select Medical, is Vice Chairman of Medical Services for USA Obstacle Racing and movement consultant for numerous colleges and professional teams.  Trent is also a competitive athlete in Brazilian Jiu Jitsu.