The Evolving Knowledge of Movement - Part I - What We Know Now 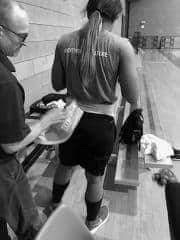 As you may know, I have been involved in movement assessment for the last 20+ years.  This all started back in the late 90s where I was filming people with video cameras with Beta tapes as they performed a series of movements.  Overtime, that progressed to the use of slow motion video technology and from there to the use of the MS Kinect based technology.  After being frustrated with the lack of accuracy, inefficiency and inability to adapt to mass athletic physicals, I began seeking out other technologies to accomplish this task.  That is when I found an innovative wearable sensor technology, DorsaVi and was able to partner then to try to accomplish our vision.

In late 2016, we launched a commercial product to the market called the DorsaVi ViPerform AMI (Athletic Movement Index).  This system leverages DorsaVi's wearable sensor technology to capture athletic movement during a series of core, bilateral and single limb tasks (squatting to multi-directional hops).  Since its launch, we have been using this system in clinical settings, strength and conditioning settings, mass physicals (professional and collegiate) and for objectifying movement and risk for return to play.

This blog series is not about the ViPerform AMI system but more about what we are learning from collecting over 1000 data points/assessment on over 14,000+ athletes across the US.  That is 14,000,000 data points or broken down that is movement data on over 1,000,000 reps, 39,000 minutes of core testing, and demographic variables on >14,000 athletes.  The beauty of capturing data at this level is that you begin to see correlations and trends that we did not previously know existed or maybe that you suspected existed.  Knowing this can further guide what we can do to address those trends in our training or rehabilitation. The intent of this series is to share what we are learning and to provide the reader with some actionable training techniques we have seen that impact these trends. 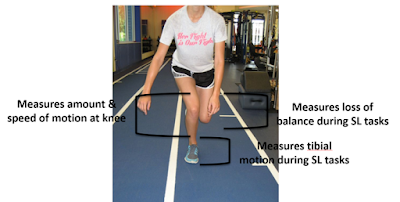 One of the things that we assess is how stable is the athlete in a single leg squat, single leg hop and a single leg hop plant (an explosive hop forward, back, lateral and medial).  During these motions, we measure how much tibial inclination do you have (this is an indirect measure of your dorsiflexion), how much frontal plane motion do you have (varus to valgus), if your knee falls into valgus, what speed does it occur at and how many times do you loose balance.  From this information alone, we have learned a lot.  Some of the things we have learned are:


Is that it?  Not even close.  Next week, we will continue this discussion about what we are learning about movement with mass data capture THEN start to dive in on how we improve based on our correctives.  Stay tuned as I am super excited to share with you.  If you enjoy this blog, please share with your colleagues, athletes and training partners and please be sure to follow us on instagrm @ bjjpt_acl_guy and twitter @acl_prevention.  Train hard and stay well.  #ViPerformAMI #ACLPlayItSafe