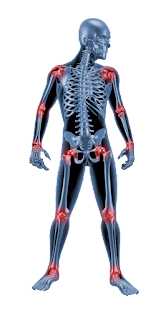 Over the course of the last couple of weeks, we have been looking at the impact of single limb performance and the importance this has to overall carry over to sport and overall injury risk reduction.  For many of us, it is also intuitive the impact that fatigue has on overall risk.  We know from antidotal data, for example, that injuries tend to occur in our players later in the game or day when the athlete is fatigued and not able to respond as quickly.  Despite this fact, very few appear to consider this or apply this when developing both assessments and intervention.

Since the late 80s, there has been over 2000 papers published in the literature outlining the impact that fatigue has on the movement.  As late as 1986, Skinner et al in  J Ortho Research showed that fatigue had an impact on joint position sense of the knee.  In 1999, Rozzi et al J Athl Training showed the effect of muscular fatigue on neuromuscular characteristics in the male and female athlete.  In 2012, Cortes et al J Athl Train showed that a short term fatigue protocol had not only an impact on frontal plane motion but also peak adduction moments expressed at the knee.  Considering, this, we want to take a look at a couple of key studies.

In 2005, Chappell et al Am J Sport Med looked at pathokinematics in a rested state and in a fatigued state on a jump stop in 20 recreational athletes.  First, each athlete performed a jump stop jumping forward, vertical and backward while measuring knee joint angles and ground reaction forces.  This was followed by each athlete then performing a fatigue protocol which consisted of 5 vertical jumps, a 30 yard sprint, 5 more vertical jumps and another 30 yard sprint.  Athletes were then measured again for the same three jump stop testing conditions.  What the authors found was that in a fatigued state, the athletes demonstrated an increase in proximal vertical shear, increase valgus and a decrease in knee flexion (resulting in increased ground reaction forces).  The take home from this is that when our athletes are fatigued, these same stresses will increase at the same time when the athlete is also not attenuating force across the system in an optimal way.  Both of these conditions not only add to an increase in risk for injury but also impact athletic performance.

Kernozek et al in Am J Sport Med further demonstrated this fact in 2008, showing the impact that fatigue had on increased shear at the knee and decrease in force attenuation.  The fact that there is both an increase in shear and forces distributed to the knee should give us pause!  It should make us wonder if we are not including fatigue as a part of our movement assessment, are we truly getting the full picture of what the athlete looks like or what their risk is.  How can we possibly, if we are not assessing it?

According to  the previously cited studies, we are getting an idea of the impact that fatigue has on knee risk.  But, is this isolated to just the knee?  If we look at the Weist et al study of 2004 in the Am J Sport Med, we see that fatigue impacts more than just the knee.  In this study, the authors looked at the impact fatigue has on the plantar pressure patterns in the foot. The authors evaluated EMG activity of 14 muscles pre and post fatigue in addition to evaluating plantar pressures during a run in 30 experienced runners.  Each runner was put through a maximal exhaustive run and fatigue was measured via blood lactate.  What the authors found was that there was an increase in MT pressures with fatigue.  The authors further concluded that the muscles that had the most significant change in MVC were the G.med, G.max and Med/lateral gastroc, in that order.  The take home from this is that fatigue of the hip musculature results in increased MT plantar pressures.  So, this should make us all question:

Next week, we will continue this discussion as we look at adding fatigue testing to our movement assessments. If you enjoy this blog, please share with your colleagues and follow us on instagram @ bjjpt_acl_guy and twitter at @acl_prevention.  #ViPerformAMI #ACLPlayItSafe