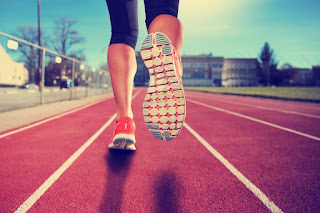 In the U.S. there are more than 40M runners and it is a sport that continues to see tremendous growth.  Besides the recreational, fitness and competitive aspects, it is also a part of almost every major sport.  As such, this also becomes a medium or training method often employed in preparation for an athlete's main sport participation or pre-season training.  As such, keeping the athlete injury free during running is important for not only their psychological well being but also their physical well being.  According to McKean et al Clin J Sport Med 2006, 46% of runners report some running related injury in the last year.  With such a high percentage reporting a running related injury, what we can do to prevent?  First, we must look at the scope of the problem. 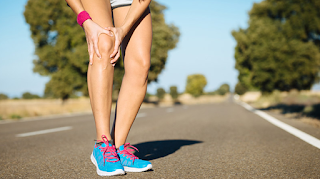 We know from the research that non-contact injuries can result from predictable movement patterns or altered biomechanics.  Altered biomechanics (valgus collapse) have been shown to cause knee injuries (Hewett et al Am J Sport Med 2017) that are often associated with running. These same movement patterns are associated with all non-contact lower limb injuries often seen in runners, including trochanteric bursitis, patellofemoral pain, iliotibial band friction syndrome (ITBFS) and plantar fasciitis.  In addition, the same movements associated with risk are the same movement patterns that add to decreases in speed and running economy (Myers et al J Strength Cond Res 2005). Studies have shown a correlation between these altered biomechanics and impacts on running gait and injury risk. Asymmetrical hip strength has been shown to add to decreased hip extension at toe-off, increased adduction (knocking knees) and pronation at midstance as well as increased risk for ITBFS (Noehren et al J Ortho Sport Phy 2014).

With knee injuries injuries being so common among runners, this has led to a catch all diagnosis category called "Runner's Knee".  So what is runner's knee and what can we do to prevent it.  Recently I was asked to contribute to a running article on runners knee.  As such, this spawned me to take a deeper dive in this series to really look at this in depth and see what we can do from a prevention standpoint. 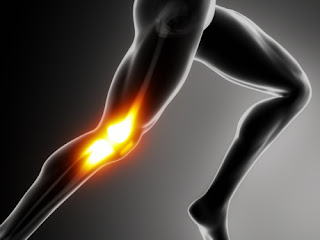 What are some ways regular runners can prevent runners knee?

No matter how you define runners knee (patellar tendonitis, IT band friction syndrome, patellafemoral pain syndrome, etc), what the research shows us is that >80% of these are non-contact in orientation.  As such, there is usually a root cause or something else that is leading to the “runner’s knee”.  Therefore to address what we can do to prevent, we first have to look at some common “root” causes of runner’s knee.  Keeping in mind this is not an exhaustive list, it includes only some of the most common “root” causes.

We hope you enjoyed this discussion and as we continue next week we will start to look at faulty running mechanics and how this can add to runners knee.  If you would like to find out more about how to get a 3D running assessment near you, contact us @ acl@selectmedical.com.  Stay tuned and please share with others you think might be interested.  #ViPerformAMI #DorsaVi #RunSafe

Dr. Nessler is a practicing physical therapist with over 20 years sports medicine clinical experience and a nationally recognized expert in the area of athletic movement assessment and ACL injury prevention.  He is the founder | developer of the ViPerform AMI, the ACL Play It Safe Program, Run Safe Program and author of a college textbook on this subject.  Trent has performed >5000 athletic movement assessments in the US and abroad.  He serves as the National Director of Sports Medicine Innovation for Select Medical, is Vice Chairman of Medical Services for USA Obstacle Racing and movement consultant for numerous colleges and professional teams.  Trent is also a competitive athlete in Brazilian Jiu Jitsu.
Posted by Dr. Trent Nessler at 4:00 AM