Does Concussion Increase Your Risk For ACL Injury - Part II

Last week, we started the discussion on the potential impact that concussion may have on athletic performance and injury risk.  We talked about some of our preliminary work and what we were seeing.  But there was not any published papers that validated what we were seeing. 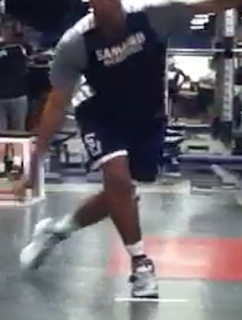 That said, the evidence IS HERE.  In 2015 Howell et al published a paper looking at adolescents and young adults who had a previous history of concussion and what was the impact on their gait.  Specifically, the authors of this study were assessing the athlete's COM (center of mass) displacement during gait.  The larger the COM displacement the less efficient the gait becomes.  This increases energy requirements and alters ground reaction force displacement throughout the entire lower kinetic chain.  This means decreased performance and increased risk for injury.  What the authors of this study found was athletes who suffered a concussion displayed significantly greater total COM medial and lateral displacement during gait than controls.  This deviation was seen up to two months post concussion and after resolution of the concussion symptoms.

Although this study only looked at walking gait, we can hypothesize that these deviations observed would become greater as the demands increased.  Therefore as cadence increased, we would hypothesize we might see slight increase in COM displacement medial to lateral which would have a greater impact on ground reaction forces, athletic performance and endurance. Therefore the deviations seen in walking gait would be exacerbated in running gait.  Knowing the impact on COM displacement and potential impact on athletic performance has lead other authors to look at the impact concussion has on athletic performance.  In March 2015, Wasserman et al published a paper looking at the impact that concussion has on batting performance in MLB players.

In addition to the impaired balance (increased displacement of the COM) concussions also result in impaired visual acuity and reaction time.  Anyone who has ever played baseball knows that those impairments would have a huge impact on batting averages.  In this study, the authors looked at 66 concussed athletes and compared them to a matched control group.  What they found was that concussed athletes had significantly lower batting averages, on-base percentage, slugging percentage and on-base plus slugging percentages when compared to controls.  These differences remained up to 4-6 weeks post concussion.  So, concussion does have a direct impact on performance in MLB players.  The scary part of this, is that we know that children's and adolescents' brains are much more sensitive to concussion than an adult brain and recover much slower than an adult.  As such, a concussion in a child or adolescent would have a much larger impact on performance than one would observe in a MLB player. 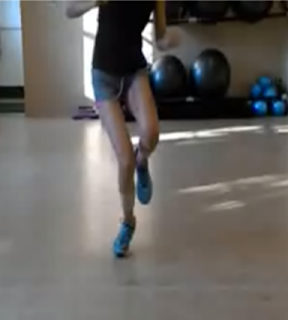 In addition to the above study, we are seeing athletes who have a prior history of concussion also have horrible single limb performance (ability to perform multiple single leg squats, single leg hop and single leg hop plant without loss of balance).  If you consider the Howell study above, this makes a lot of sense since the athlete will display a larger COM displacement than the non-concussed athlete.  The more the COM displaces during single limb performance, the more likely the athlete is to lose balance and perform poorly on the test.  In 2013, Kristinalund et al comparing single leg performance versus bilateral performance to see which is a better indicator of actual performance in sport.  In the discussion of this paper, the authors state one of the best indicators of performance in sports is single limb performance.  As such, athletes who have a history of concussion perform poorly on single limb tests which would be further indication of the impact this will have on vertical jump, sprint speed and agility.

So, concussion clearly impacts athletic performance.  Next week, we will continue this discussion and look at the impact that concussion has on lower kinetic chain injuries.  #ResearchThatWorks #ACLPlayItSafe

Dr. Nessler is a practicing physical therapist with over 20 years sports medicine clinical experience and a nationally recognized expert in the area of athletic movement assessment.  He is the developer of an athletic biomechanical analysis, is an author of a college textbook on this subject  and has performed >3000 athletic movement assessments.  He serves as the National Director of Sports Medicine Innovation for Select Medical, is Chairman of Medical Services for the International Obstacle Racing Federation and associate editor of the International Journal of Athletic Therapy and Training.
Posted by Dr. Trent Nessler at 4:00 AM