With the abundance of research being done in the area of anterior cruciate ligament (ACL) injuries, one always has to be cautious about how the information is interpreted.  One area that has received a lot of focus in the last several years has been an athlete’s ability to return to sport following an ACL reconstruction and what is the reinjure rate of those that do.  Some of the pioneers in this area are those clinical researchers that are participating in Multicenter Orthopaedic Outcomes Networks (Moon) studies.  The Multicenter Orthopaedic Outcomes Network (MOON) was established in 2001 to look at how people do after undergoing an anterior cruciate ligament (ACL) reconstruction.  This NIH-funded consortium consists of 18 sports medicine physicians across 7 sites throughout the US.  Beginning in 2002, this study has been able to attain over 85% follow-up at both 2 and 6 years post-surgery from over 3,500 enrolled patients. This allows clinical researchers to look at large populations across the US from various orthopedic surgeons in order to get a more true representation of the US populace.
McCullough et al published one such MOON study in 2012 that looked at return to sport following ACL reconstruction.  What they showed was that 63% of high school players and 69% of college players were able to return to sport following ACL reconstruction.  They also showed that only 43% of those athletes were able to return to the same level of sport as prior.  These numbers are lower than previously reported but have been supported by additional studies since this time. Studies have also shown that 20% of those who have an ACL reconstruction will have a 2nd reconstruction in 2 years.   However, you will often come across papers which appear to contradict these previous papers and which leads many to question what is right and what is wrong.  First, you must critically analyze the data in order to determine if the results you are comparing are in fact, looking at the same thing.

Current example is a recent paper by Shelbourne et al published in the American Journal of Sports Medicine 2014.  In this study, the authors selected 259 athletes (84 high school, 58 college, and 117 recreational athletes) who had an ACL reconstruction with this group and had a subsequent ACL revision.  So, all the subjects had an initial ACL injury and reconstruction and suffered a subsequent ACL injury with revision.  All the subjects were also involved in a pivoting, twisting or jumping sport and had a desire to return to sport.  What the authors reported was that 74% of high school athletes, 74% of college athletes and 62% of recreational athletes returned to the same level of sport.  The authors also reported that reinjure rate after revision surgery ranged from 2% to 5% which is much lower than previously reported studies.  At first glance, it makes you wonder what are they doing so differently that results in such superior results when compared to other studies. 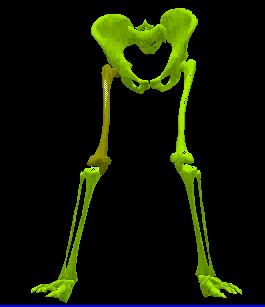 All that being said, what is the true impact of ACL reconstruction on future performance?  If you talk to any pro-athlete that has had an ACL reconstruction, they will tell you there is a prolonged and profound impact on vertical jump, sprint speed and agility.  So, why is it when researchers look at return to sport at the same level that they are not looking at vertical jump, sprint speed and agility?  Since these are true indicators of performance and the impact on performance, this would give us a clear indication of impact on future performance and ability to return to the same level of sport.  Does simply returning to sport indicate success?
If you view our previous log with the study by Rugg et al it is clear that those who have a knee surgery or ACL reconstruction are at a much higher risk of reinjure and will consume more days on the disabled list.  At the end of the day, the goal should always been prevention of the first.  We know how to identify those at risk.  If we improve those risk factors we not only reduce risk BUT improve performance as well.  It is a complex issue but there are solutions.  If the first ACL injury does happen, then addressing the mechanics of the non-contact ACL injury is critical. Determining the root cause and creating interventions to address the root cause should always be the priority prior to return to sport.  If we did that, the incidence of ACL injuries would be dramatically impacted.