As a coach, athlete or parent, if someone were to ask you, does endurance play a role in performance, the answer would be simple.  The answer is obviously yes.  No matter what sport you are in, lack of endurance of the lower kinetic chain will impact performance.  So, why is there a question on whether or not it impacts injury rates?  If you don’t think that question exist, look at all the injury prevention programs.  How many actually address endurance?  Looking at the injury prevention screens, how many actually address endurance?  Few.  So, we must ask ourselves, why is that?


The most logical reason is that it has not been proven in the research.  With most, if not all, of the injury prevention programs and screens coming out of the scientific community, then it would make sense that it has not been proven in the research.  Or, has it?  Unfortunately, like most things in research, it typically takes 10-12 years to disseminate to the public or to become the standard of practice.  The purpose of this article is to review the most current literature on the impact of fatigue on injury rates and how we can use this knowledge to access injury risk.  In doing so, one might even suggest that this also impacts performance or at least make the logical argument that improvement in this area would also drive performance.

Risks for lower kinetic chain (what we will define as from the mid-pecs to the foot) injuries are multi-factorial.  Some of these factors are intrinsic (hormonal, structural, or strength related) and some are extrinsic (playing conditions, surface or shoe wear).  Yet to be the most impactful on injury rates and have the biggest impact on performance we need to focus on the ones we can change and determine the “root cause” of those.  In athletes with high skill acquisition and physical conditioning, determining those “root causes” can be more difficult.  Yet, these athletes are also at risk for injury.  If you question that, just look at recent non-contact ACL injury rates amongst NFL players.  Why do athletes at this level suffer non-contact ACL injuries when they are obviously very physically fit and have high skill acquisition?  One might suggest because we are not screening them correctly or at least considering what the research is telling us to consider when evaluating.

Often, in this discussion comes the question about how does that impact me in my sport.  In my sport, endurance is not as important.  Considering that, let’s look at 4 different studies and how this may impact individual sports. 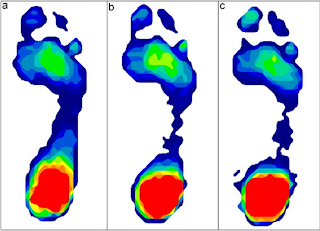 In 2004, in a study entitled, The Influence of Muscle fatigue on EMG and Plantar Pressure Patterns as an Explanation for the Incidence of MT Stress Fractures, authors looked at plantar pressure patterns with fatigue.  What this study showed was an increase in fatigue resulted in decreased gluteus maximus and medius maximal contractions which resulted in increased pronation at the foot and increase in MT pressures.  This is critical not only for track athletes, marathon runners and recreational runners, but also soccer players, basketball players and football players.  For this adds to not only stress fractures of the metatarsal heads but also ankle injuries and plantar fasciitis.


In 2005 & 2008 in two separate studies entitled, Effect of Fatigue on Knee Kinetics and Kinematics in Stop-Jump Tasks and Gender Differences in Lower Extremity Landing Mechanics Caused by Neuromuscular Fatigue authors looked at the impact on fatigue on landing mechanics.  These studies showed that with fatigue, there was decreased maximal volitional contraction of the gluteus medius and quads/hamstrings with fatigue.  This resulted in an increased shear stress at the knee and decreased force attenuation with stop jump and with landing.  This is critical for basketball players and volleyball players.  What this indicates is that with increase in fatigue there is increased likelihood of ACL injuries, meniscal injuries as well as patellafemoral pain. 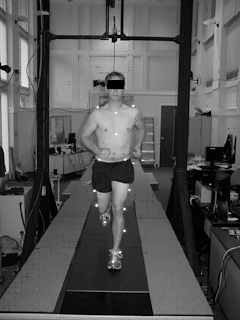 In 2009, in a study entitled Jogging Kinematics After Lumbar Paraspinal Muscle Fatigue authors showed that fatigue of the paraspinals resulted in an increase in spinal extension, facet pressures and increase in hip extension.  This is critical for any athlete as fatigue in the core results in not only increased incidence of low back pain, but other studies have also shown that this also has an impact on performance.


So, what does that mean for us?  We know that fatigue increases the potential for injury and performance.  We know some key areas where this can impact us and what the net result is.  No matter what the sport, the mechanics that result are the same.  As such, testing should be designed to assess the “mechanics” we know result in injury and should have some component of fatigue.  There are tools out there to look at mechanics and specifically mechanics that result after fatigue.  If we realize that the impact from improving these not only has an impact on injury rates, but also performance, then may be these will become a standard of practice.