Concussions in Athletics: Are they Preventable?

If our child or athlete plays a contact sport, then you have most likely been aware of the recent increase in media attention on concussions.  In sports medicine, this is not a new phenomenon but rather an old lingering problem with a new resurgence in awareness.  In the state of Alabama, for example, if an athlete is “suspected” of having a concussion, then they “legally” cannot return to play until they are cleared by an MD.  Is this overkill and society being too cautious?  We think not.  Consider the following case study.


Billy (not real name) is a 17 year old high school football player.  Billy was a straight “A” student and exceptional athlete.  In 2007, he sustained a concussion during a high school football game.  He had a typical sideline presentation following his concussion and after a few days “appeared” to have returned to baseline.  Without being cleared by his MD, he was returned to sport and within a week suffered a second concussion.  This one was more severe and he was unable to return to play for the season.  During the course of the following year, Billy continued to have migraine headaches, bouts of vertigo, difficulty with concentration, short term memory loss and some personality changes.  Billy also, as a result of his vertigo, suffered 2 more concussions.  One concussion resulted from falling in his room and hitting his head on his dresser and the other from hitting an overhead bin in an airplane.  2009, Billy was having extreme difficulty in school, continued with migraine headaches 1x/day or more, loss of short term memory and moderate change in personality (depression, easily agitated, etc).  Billy was also unable to walk up an incline or do any light physical activity (where his heart rate was elevated about 40% of target heart rate) without getting increase in his concussion symptoms.  Good thing to know, is that Billy, by receiving the proper medical care and rehab (yes there is “concussion rehab” you can do - see following news story Concussion Rehabilitation), he was able to resume a normal life and resume participation in moderately non-contact physical activity.  Will he return to contact sports?  No.  But he will be able to return to an active lifestyle with modification and be able to go to college.
Understanding this is an extreme case, it is not as “uncommon” as you might think and hence why the increased focus on.  So, as a parent and athlete, are there things that you can do?  Yes.  First educate yourself of concussions.  What are the signs and symptoms, what is the recovery, what are the complications and what is the proper course of care for the concussed athlete?  Dr. Collins, founder of Impact and Executive Director of the UPMC Concussion Program provides great resources  at UPMC Concussion Program.  Knowing the signs and symptoms allows you to make informed decisions. 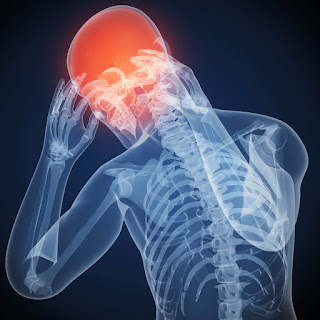 Some experts even suggest adding a concussion preventative program to your pre-season and in-season routine.  What is a concussion preventative program?  They believe adding a neck strengthening program to your routine will reduce the potential for sustaining a concussion.  However, according to recent research in Clinical Journal of Sports Medicine, neither the severity nor probability of sustaining a concussion is dramatically impacted with the implementation of a cervical strengthening and exercise routine.  According to the biomechanical studies, the torque that occurs with a rotational force (as occurs with boxer being hit with round house) nor the magnitude of force that the brain sustains with an impact is influenced in any way with increased strength of the cervical spine.  Hence, according to the studies, the probability of sustaining a concussion is not impacted with a cervical strengthening program.
However, that said, there are several flaws with these types of studies.  First of all, it is an extremely difficult to study rotational forces and magnitude of force in live subjects.  In Birmingham, sports medicine physicians are attempting to do just that.  To see if there is a peak force that is achieved that result in concussion sign and symptoms in athletes.  Secondly, the cervical strengthening programs implemented are not well defined and not ones that we would traditionally do.  Researchers conclude that this is an area that needs to be further analyzed and which there needs to be further investigation into the benefits of a neck/cervical strengthening program.  Knowing the above, is there a place for neck/cervical strengthening?  Absolutely.
In theory, a program which emphasizes strength and endurance of the cervical musculature (traps, scalene, paraspinals, etc) and emphasizes multi-planar strengthening would not only result in decreased incidence of concussions but also decreased severity of concussions when one is sustained (due to the decrease in force and torque).  By improving strength and endurance, the neck musculature is able to attenuate greater forces and loads and therefore reduces the magnitude of, not only the cou, but the contra-cou injury that occurs within the skull during these traumatic brain injuries.  Researchers agree with this hypothesis but to date, no one has put together the appropriate research methods to be able to test this hypothesis.  So will this type of program prevent a concussion?  No, but it may decrease the athlete’s chances of sustaining one and is something that most athletic programs are implementing as a result.  The key is to ensure you are getting a program that addresses the appropriate musculature, emphasizes strength and endurance and includes multi-planar strengthening.  If this is combined with educating one self, proper head and neck gear, a well defined protocol for dealing with the concussed athlete and a team athletic trainer and physician versed in concussion, then the risk is dramatically improved.
About the author:  Trent Nessler, P.T., D.P.T., M.P.T., is a physical therapist and CEO/Founder of Accelerated Conditioning and Learning.  He is the researcher and developer the Dynamic Movement Assessment™, author of the textbook Dynamic Movement Assessment: Enhance Performance and Prevent Injury, and associate editor for International Journal of Athletic Therapy & Training.